Washington steps up efforts to establish cease-fire in Nagorno-Karabakh 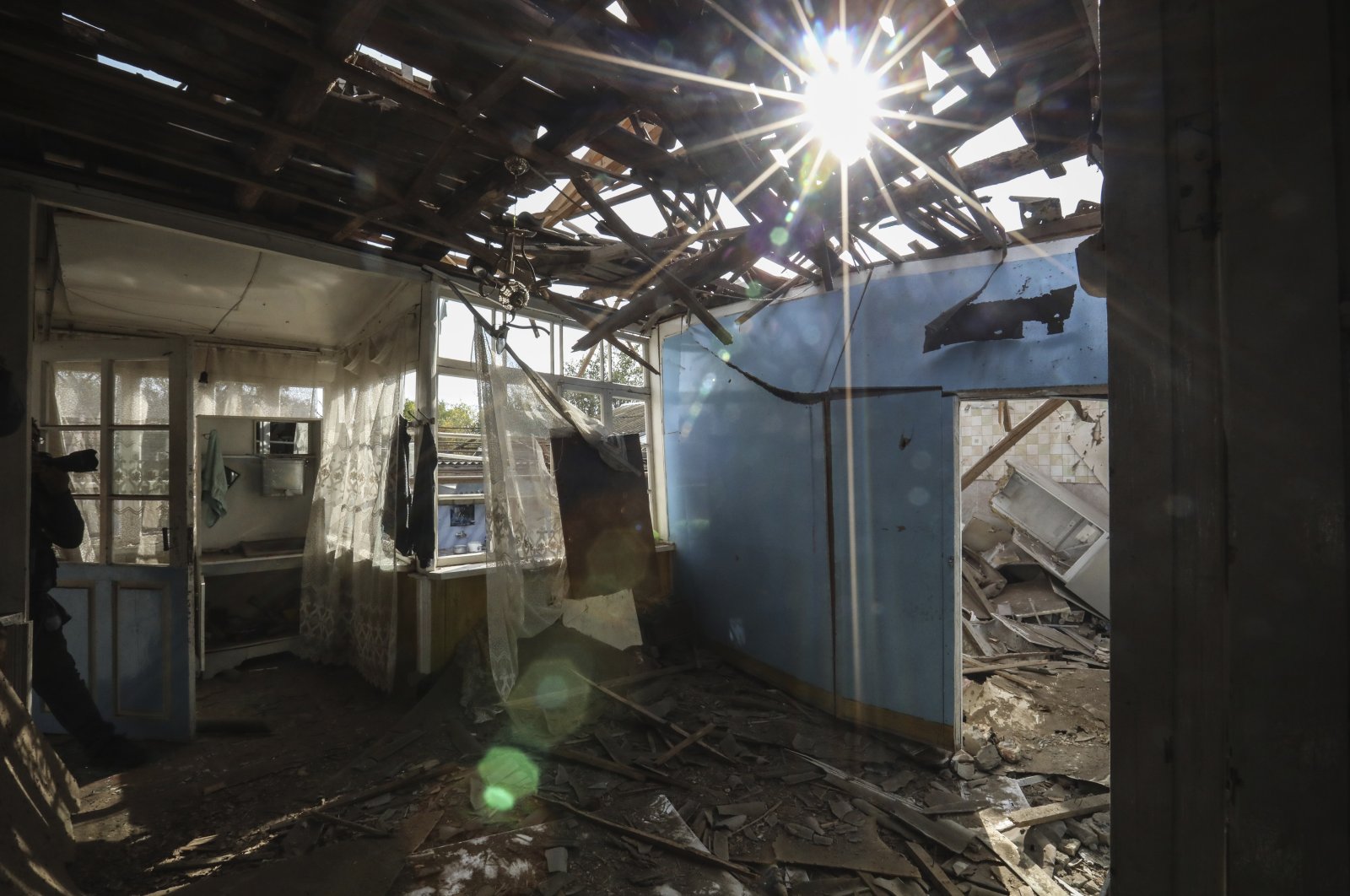 Yerevan and Baku have agreed for the third time to respect a "humanitarian cease-fire" in the Nagorno-Karabakh conflict, effective Monday. U.S. President Donald Trump congratulated Armenian Prime Minister Nikol Pashinian and Azerbaijani President Ilham Aliyev for agreeing to adhere to a cease-fire effective at midnight. The deal was the outcome of separate meetings held by U.S. Secretary of State Mike Pompeo with the foreign ministers of the two fighting neighbors in Washington last Friday.

However, there's little hope that Armenia will abide by the cease-fire. Remember that after fighting broke out on Sept. 27, a first cease-fire, reached through Russian mediation, was also unsuccessful. The U.S. wants the parties to begin reasonable discussions in the presence of the co-chair of the Organization for Security and Co-operation in Europe's (OSCE) Minsk Group, emphasizing the need to resolve the conflict in line with the idea that there are no threats through the use of force and the principles of territorial integrity, equal rights of communities and people's rights to determine their own futures, as set out in the Helsinki Accords.

On the other hand, Turkey and Azerbaijan justifiably want different paths for a resolution, as the group has failed to resolve the issue for almost 30 years. What is clear is that we see Baku slowly and steadily recapturing the occupied lands of Nagorno-Karabakh without being duped by Yerevan.

Prior to the meetings in Washington, Aliyev had said the probability of a peace agreement between the parties was low, and he wanted assurance that control of the Nagorno-Karabakh region would be returned to Azerbaijan. Similarly, Armenia also arrived at the U.S. capital knowing that discussions with Pompeo would not produce a result.

Moscow is simply monitoring the clash because, if it actually wanted, it could put a lot more pressure on both sides. It is also beneficial to remember that, clearly, Iran and Russia are providing support to Armenia in every sense, both materially and spiritually.

Nothing should be taken from the statement made by Trump a couple of days ago in which he said that the relations between Washington and Yerevan are good, that there are many Armenians in the U.S. and that Americans love Armenians. I don't even think Trump actually knows where Armenia is. What is clear here is that the U.S. Congress unilaterally supports Armenia.

The media, referred to as the mainstream media in the U.S., did not include the Yerevan attacks on Ganja that killed many civilians, including children, in headlines and continues to ignore it. Despite the United Nations declaring that Nagorno-Karabakh is occupied by Armenia, most American media shows the region as disputed lands.

Armenian Foreign Minister Zohrab Mnatsakanyan experienced difficulties during his interview with CNN. Mnatsakanyan could not find anything to say when pressed by journalist Christiane Amanpour about U.N. Security Council (UNSC) rulings and racist statements made by Pashinian. That is to say, Armenia actually knows very well that it is in the wrong, but the media continues to play "see no evil, hear no evil, speak no evil," apart from a couple of sensitive journalists.

I recently spoke to Tomris Azeri, the president of the American Society of Azerbaijan, which was established in 1957. She is a highly regarded person that was awarded an order of merit by former President Heydar Aliyev for her endeavors for Azerbaijan and the Turkish world.

Baku has said the Turkish community in the U.S. needs to better learn America's political system and that it is important to be able to reach the U.S. media. Azerbaijan underlines that, unfortunately, the Minsk Group has been unsuccessful because it was one-sided for the last 29 years, and while the whole world acknowledges that Nagorno-Karabakh is legally a part of Azerbaijan, in the international arena, four UNSC resolutions on this matter since 1993 have been ignored by Armenia.

Azerbaijan has become more powerful and is taking back its invaded lands. It is putting an end to the issue and returning Nagorno-Karabakh to under its control.

It is reasonable that the West is pointing to the Minsk Group as a reference point and requesting that both parties come back to the table, but what is clear is that this committee has not been able to resolve the issue for 30 years. I think the Minsk Group should first meet among themselves and question why this mechanism has not worked.

It should first resolve what needs to be done and what needs to change within the committee. It should invite Azerbaijan and Armenia back to the table to resolve the problem with a new structure and a concrete plan for a solution. Turkey cannot be left out of the problem here.

If we consider that Russia and France have failed to act objectively as co-chairs, it will be appropriate for Turkey to be among the countries that have a say in a restructured OSCE Minsk Group.