Welcome to the Human Age! Are we ready for it? 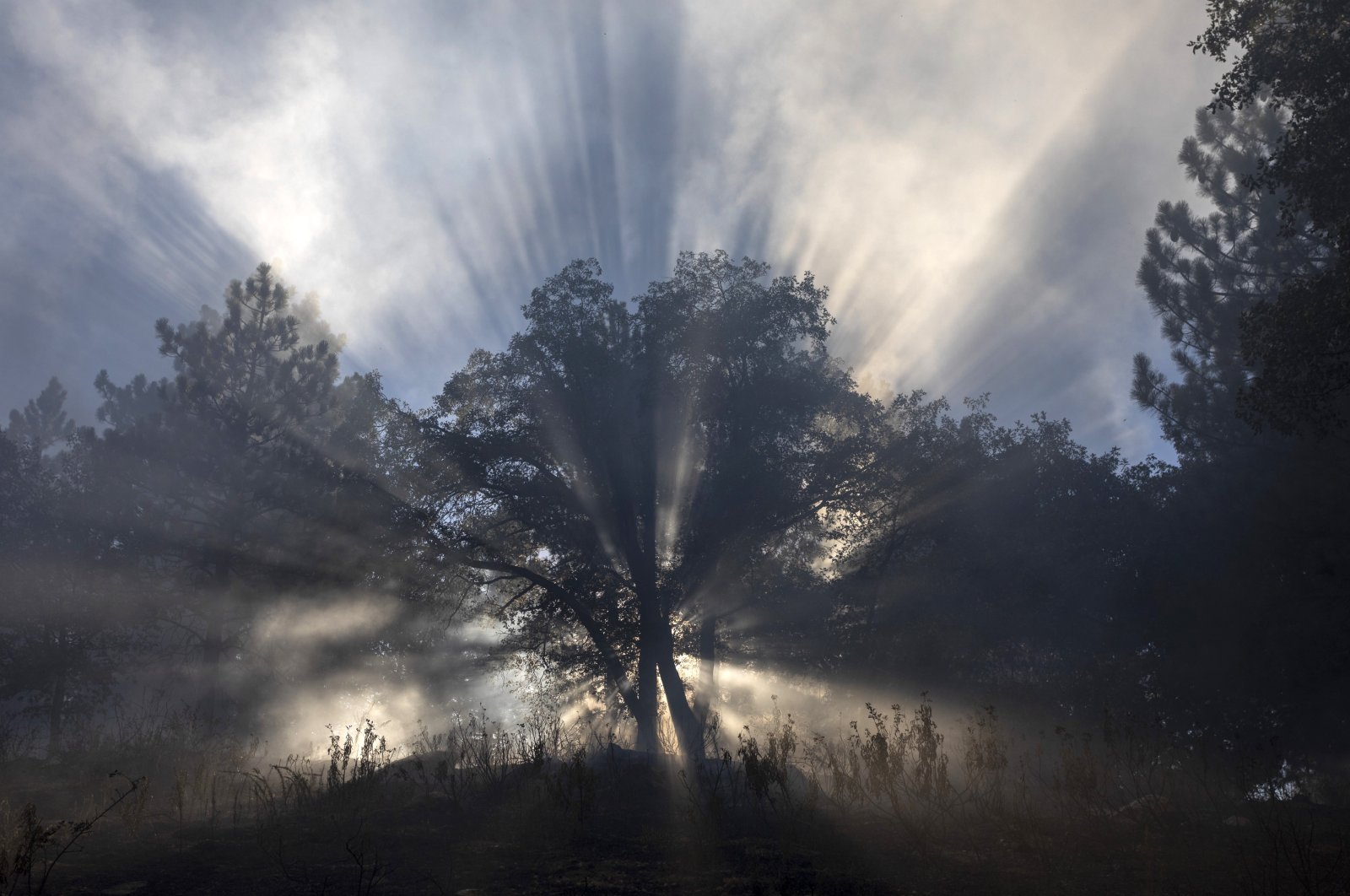 Scientists suggest that we have entered a new geologic age after the Holocene. The age that began about 300 years ago and is referred to as the Anthropocene is also called “The Human Age.”

One of the international organizations that agrees with this is the United Nations Development Programme (UNDP).

Since 1990, the UNDP has been releasing the Human Development Report (HDR), which serves as a guide for countries to enable their people to have more prosperous lives, take into account many parameters such as education, health and income and make comparisons between them. However, this year’s report is a bit different.

The HDR, which was released with the title "The Next Frontier Human Development and the Anthropocene" on Dec. 15, 2020, addressed certain environmental issues for the first time, such as carbon footprint and material footprint.

This time, the UNDP created human development indices by taking into account environmental issues as well as social and economic issues – the two of the three main pillars of sustainability.

The most important point highlighted in the report was that the Human Age has begun. It is stated that we are going through a period in which mankind has created its own order instead of following the order of nature, and thus dominated nature and used resources unabashedly.

It is stated that the COVID-19 outbreak, the climate crisis and similar disasters are actually a natural consequence of this.

What is this age?

It is obvious that mankind is the dominant force on Earth. While there was a balanced relationship between man and nature in previous ages, man started dominating nature as of the start of the Anthropocene, leading to “irreversible” damages today. This is confirmed by many scientific studies.

According to a study entitled “Global human-made mass exceeds all living biomass,” published in the Nature journal, the mass of structures made by humans and called anthropogenic structures, for the first time, has been equal to the mass of existing natural living beings (biosphere/biomass).

As the study suggests, biomass includes all fish in seas, microorganisms in the soil, trees and shrubs on Earth, birds in the air and all kinds of living groups that are not referred to by name.

The vegetable for food grown by humans and pets are also included in this category.

According to analyses, it is estimated that the Earth’s biosphere has reached a weight of 1.2 trillion tons on a dry basis. Undoubtedly, trees constitute the majority of this weight, approximately 90%.

This is the case even though it is estimated that the number of these trees has decreased by half since the dawn of civilization.

On the other hand, anthropogenic mass refers to all kinds of bridges, buildings, aircraft, houses, offices, ships, cars, roads, tunnels, dams, factories and many other goods and products built by man.

The year 1820 is considered the time it all began. Previous anthropogenic production is estimated to be of negligible value.

Likewise, materials other than the main products processed in areas such as mining and materials displaced in dredging activities in water sources such as seas and lakes are also not included in the calculations.

Moreover, infrastructures that have not been used for a long time, such as abandoned buildings and junk cars, are considered waste and are not therefore included in the calculations.

If the waste was included, anthropogenic production would have exceeded natural life nearly seven years ago in 2013.

Several reports have been published about plastics, which entered our lives in the early 1900s and gained ground after 1950.

According to the data, the amount of plastics has reached 8 billion metric tons today, and although half of it has become waste, only a small amount of it – as little as 9% – has been recycled.

It is noted that the overwhelming majority of them are haphazardly thrown into water masses and lands and that the amount of plastics exceeds almost twice the weight of aquatic and terrestrial animals.

The masses of buildings and infrastructural elements such as roads, bridges and canals have exceeded the water-free mass of shrubs and trees, which make up about 90% of the biosphere.

Concrete makes up half of the anthropogenic materials in quantity. When materials such as sand and gravel are included, this value goes up to 80%. Brick, asphalt, plastics, metal and other materials make up the rest.

Plants at the top

According to a 2018 study entitled “The biomass distribution on Earth,” released by the Proceedings of the National Academy of Sciences of the United States of America (PNAS), which has a broadcast life of more than a century, plants account for at least 83% of the natural living beings (biomass) on Earth.

This is followed by bacteria (13%) in the second place, while the overall impact of all living beings is just 5%. Marine and thalassic creatures, including blue whales over 30 meters (98 feet) in length and 150 tons in weight, make up only 1% of the biomass. So, a larger part of life is on land. One-eighth of these are microorganisms that live in the depths under the ground.

According to a 2015 study published in the Nature journal, it is estimated that there were 3 trillion trees on Earth.

However, it is estimated that about half of the world’s plant biomass has been destroyed since the first agricultural revolution as a result of agricultural activities and deforestation.

The situation is even more alarming for mammals. According to a 2018 PNAS study, 83% of wild mammals, 80% of marine mammals, 50% of plants and 15% of fish have disappeared since when the civilization began developing.

Whaling, which has been in place for three centuries, is one of the reasons why only one-fifth of marine mammals have survived. Sixty percent of the mammals on Earth are farm animals raised in man-made farms, with the majority of them being cattle and pigs.

Human beings account for 36% of all mammals; while all wild animals, including giraffes of up to six meters in length and elephants up to six tons in weight, constitute only 4% of mammals.

The study also suggests that the mass of human existence and the farm animals human beings have raised have exceeded the wildlife mass. The same is also true for birds, with the mass of poultry reaching three times the mass of wild birds.

According to the same study, 7.8 billion people live in the world. While the world population continues to rise by some 80 million-85 million every year, the human population has almost no impact on a mass basis.

Moreover, if you put human beings in one pan of a giant scale and almost-invisible bacteria, which weigh one-thousandth of a millimeter, on the other pan, the latter would outweigh.

It is estimated that the total mass of even arthropods is equivalent to 17 times the mass of human beings. However, our footprint on the planet has reached incredible levels.

Scientists suggest that Earth is heading toward the sixth mass extinction in history as a result of the destruction of wildlife habitats due to agricultural activities, intensive use of wood and urban development.

As the world is focused on ways of overcoming the pandemic, other crises such as climate change and access to safe water and food continue to affect some people, and many continue to pay the price for it.

In last year alone, a record number of hurricanes have taken place during the Atlantic hurricane season; November 2020 has been named the hottest month in history and Australia, Siberia and California, among others, experienced monthslong great fires, which not only threatened trees but also led to the destruction of tens of thousands of species. In short, humanity is reaping what it has sowed.

However, we are currently locked in on fighting the coronavirus, which is actually a warning for us. After all, for years, scientists have been predicting that such a pandemic would break out.

As stated in the 2020 report titled “Escaping the Era of Pandemics” prepared by the Intergovernmental Science-Policy Platform on Biodiversity and Ecosystem Services (IPBES), factors such as the decline in forest lands, namely wildlife habitats, wild animal trade and the consumption of these animals for food and treatment purposes have actually brought human beings, livestock and wildlife animals closer.

Naturally, all this has caused pathogens that cause disease to pass from one living thing to another.

Ebola, zika and influenza are just some of these diseases in the recent past. Likewise, human immunodeficiency viruses (HIV), which is still incurable, and COVID-19, which has taken over the world for a year now, are also animal-borne viruses.

The IPBES report suggests that humanity faces more than five new diseases annually, each of which is likely to spread and snowball into a pandemic. This is because the pressures on the environment have increased.

Unfortunately, these pressures have increased exponentially over the last century. Yes, humanity has evolved incredibly.

But it has brought the world to the brink of the abyss. Now we have entered a new era – The Human Age. I mean, we will be the first individuals to live according to the preferences of human beings.

As emphasized in the 2020 HDR, this is an age created by human beings. That means we can change it as well.

Maybe we are not the last generation of this era, but the first. The pandemic, which has engulfed the entire world, is just a warning.

Unless the pressure on nature declines, such warnings are likely to continue. Therefore, we must take steps to develop nature-based solutions.

According to the 2020 HDR, 80% of the world’s population think the planet should be protected. However, the rate of those who bring their statements into action is only half of it.

Countries are dependent on or even addicted to each other in a commercial sense. As it is a sort of damage to our planet, it affects everyone.

So, the report recommends human beings to dull the edge of selfishness and be respectful of nature.

If something harms someone, it is inevitable that it will also affect others over time. That is why the world has adopted the approach “One Health.” We have a common health problem now.

It is also possible to act jointly on an international level for a solution. Indeed, the high-level meeting in Germany's Bonn in 2018 highlighted the idea of addressing the next decade as a period of ecosystem improvement.

This proposal was officially adopted at the United Nations General Assembly (UNGA) in March 2019. In this respect, the global problems we face will be focused on globally.

Today’s world has stepped into a new order in the face of the problems it has experienced. It is a transformation that has taken the environment to the center. It is an approach that aims to use limited resources more effectively and efficiently.

The world is switching to a cyclical approach. A nature-inspired approach. One that is almost based on nature.

Nature wastes nothing but transforms everything. Everything in nature goes back to its essence. It does not let anything go to waste. The world is moving toward this approach, a transformation called the cyclical economy model.

In 2015, the United Nations set 17 Sustainable Development Goals (SDGs) for 2030. One of them is the goal of “Responsible (Sustainable) Consumption and Production.” It is based on the efficient use of resources and stopping extravagancy.

The world is abandoning the approach “buy-use-throw away” and switching to a cyclical model which highlights “produce-use-reuse-recycle.”

The cyclical model does not just mean recycling; it is an approach that centers on clean energy, reusability, repairability and durability.

Therefore, it is a zero-waste-based approach that does not create waste. At this point, everyone is responsible. It highlights the transition to a lifestyle with a low water footprint, low carbon footprint or in short, low environmental footprint.