What a Biden presidency could mean for Turkey-US relations 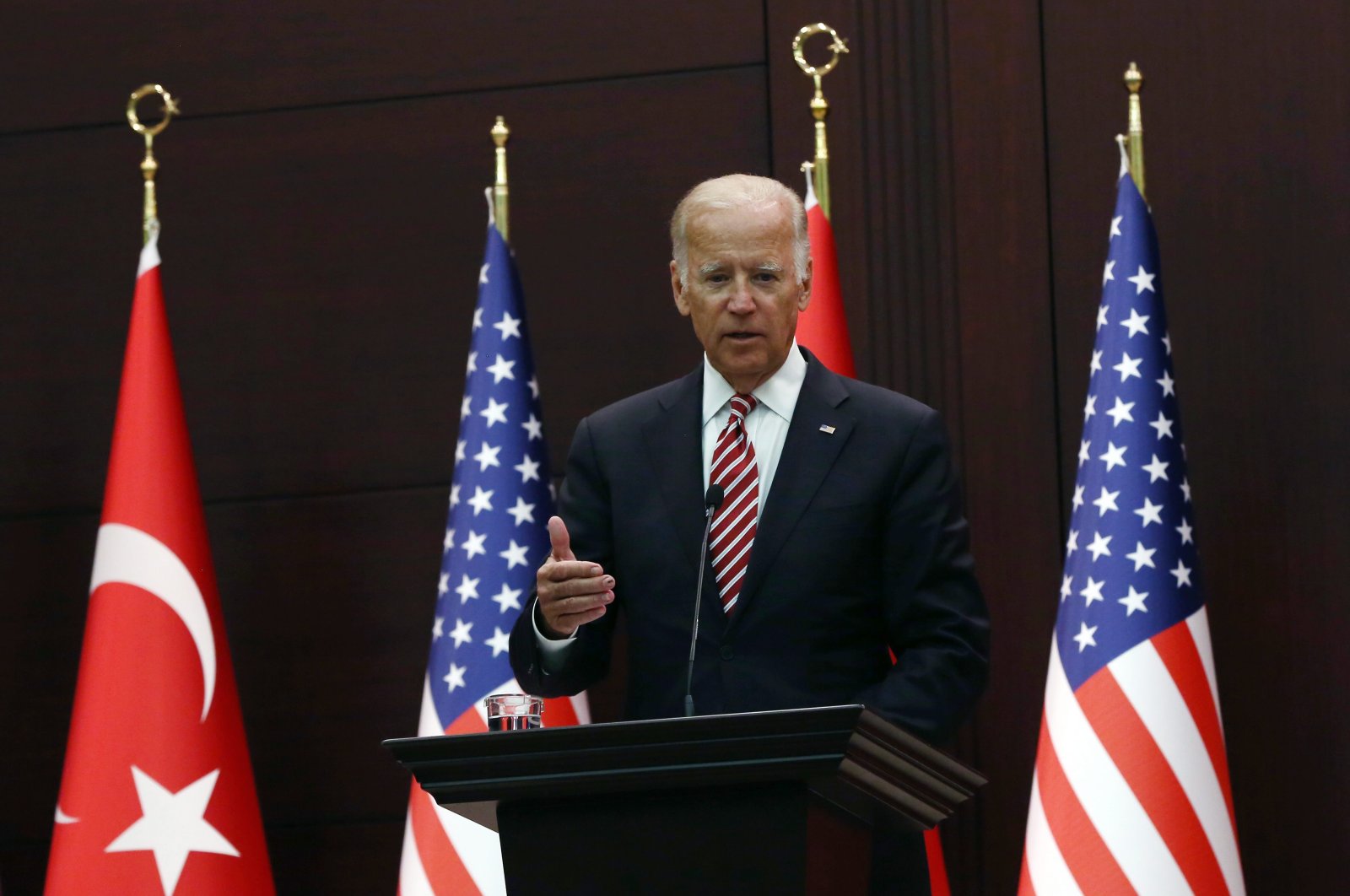 As Turkey reflects on the night of July 15, where the will of the people overcame the Gülenist putschists, we are reminded of the sobering U.S. reaction in the immediate aftermath of the attempted coup. The Barack Obama administration’s response to the events that transpired that night was ambiguous at best, with then-U.S. Secretary of State John Kerry refraining from supporting Turkey’s democratically elected government and instead, calling for “stability and peace,” a remark that surely raised eyebrows in Ankara.

The Obama administration, which was slow to show solidarity with the democratically elected government of Turkey even after the coup attempt had been subdued, had tasked the then-vice president and current Democratic presidential candidate, Joe Biden, with mending the bridges. On Aug. 24, 2016, Joe Biden traveled to Ankara, more than a month after the failed coup attempt, to be received by Turkish officials who had witnessed how the U.S. administration had ignored the warning signs of Fetullah Gülen, the leader of the Gülenist Terror Group (FETÖ), and had acted far too slowly in condemning the coup. Biden’s reception was chilly and did little to appease Turkish concerns, a legacy that surely continues to taint the alliance between Turkey and the U.S.

While Donald Trump’s election to the White House was seen as a breath of fresh air for Turkish-American ties and a possible opportunity for the U.S. to rectify its position on Gülen and other matters that continue to strain relations, such as the U.S.’ support for the PKK’s Syrian wing, the YPG, the Trump era has yielded mixed results at best. Furthermore, the Trump administration’s executive capacity has greatly been weakened by Congress and the established American interests have negated a total rapprochement with Turkey, despite the close working relationship that President Recep Tayyip Erdoğan and Trump have formed.

Now Turkey must consider the reality of a Biden presidency, a prospect that few would have thought possible several months ago. The poor handling of the COVID-19 pandemic by Trump and the Black Lives Matter movement in the U.S. could indeed usher Biden into the White House. Though if the chilly reception that the former vice president received in August of 2016 in Ankara is any indication, Turkish-American ties could take a turn for the worse with Biden at the helm.

In many ways, Biden’s presidency could come to resemble that of Obama’s with regard to foreign policy, and surely such a prospect is one that is grim with regards to Turkey’s relationship with the U.S. The impetus that Turkish-American ties gained with Trump’s ascendancy could very well be discarded for a more static approach from Washington if Biden moves into the Oval Office.

Though we are yet to hear Biden’s most recent views on Turkey, as no new debates have taken place due to the pandemic, his former remarks have left much to be desired. This past October, when Turkey’s military conducted Operation Peace Spring in northern Syria against the YPG/PKK terrorist group, Biden joined the chorus of Democratic candidates condemning Turkey and called Turkey “the real problem” during a debate with other Democratic Party contenders.

Biden, as someone who has served two full terms as vice president, surely would have acquired the maturity to assess the situation as one would expect from an experienced statesman; yet his remarks were ill-informed, false and detrimental to Turkish-American relations. He, alongside the other candidates in the debate, gave in to the media frenzy on Turkey’s operation, one that was fed with a post-truth understanding of the state of affairs in Syria and fake news regarding the characteristics of the operation.

Biden’s willingness to score cheap domestic political gains at the expense of the U.S.’ relationship with a NATO ally – Turkey – does not bode well. American politicians have for too long taken for granted Turkey’s role as a major U.S. ally in a troubling region. The fact remains that the U.S. cannot hope to improve ties with Turkey without addressing Ankara’s security concerns in the Middle East and treating Ankara as an equal partner and ally. Public criticism of Turkish security operations such as those by Biden only sows distrust among Turkish officials.

Is Trump the better option?

While Trump’s impulsive style of diplomacy has indeed created a mixed atmosphere in Turkey’s ties with the U.S., leaders on both ends continue to remark on a shared understanding and their willingness to communicate. Trump and Erdoğan frequently refer to one another as a friend, and Trump’s policy of ending American adventurism in the Middle East has been a welcome decision in Ankara.

Trump has also resisted efforts by Congress to sanction Turkey regarding the procurement of the S-400 missile system, a move that could be reversed by Biden. The Democratic Party already boasts some of the most anti-Turkish voices in Congress, such as the chair of the House Foreign Affairs Committee, Eliot Engel from New York, who regularly appears in photos with Gülenist fugitive and NBA player Enes Kanter and spearheads the anti-Turkish bloc in American legislature.

Given the amount of control the Democrats exercise over the House of Representatives, in their most recent win in November 2018, a Biden presidency would mean the consolidation of anti-Turkish sentiment across all branches of government if Congress and the White House were to fall into the hands of the Democratic Party this November.

Biden represents the American establishment in the race for the White House, much like his unsuccessful predecessor Hillary Clinton. To the observer, it is clear that the establishment’s worldview is irreconcilable with that of Turkey’s, exemplified in numerous instances over the last decade, such as the security relationship that the U.S. developed with the YPG/PKK and the U.S.’ insistence on allowing Gülen and his followers to continue their illicit operations on U.S. soil.

Trump, as impetuous as he may be, still offers the better alternative for the future of Turkish-American ties. His consistently challenging attitude toward the establishment's rationale in Washington and willingness to address some of Turkey’s concerns singles him out as the more favorable candidate. Turkey and the region are wary of American politicians like Biden, whose anachronistic worldview no longer corresponds with international political realities. The truth is, the breed of American politicians like Biden is withering away and if he does manage to claim the White House, it will only be temporary.

*MSc comparative politics candidate at the London School of Economics