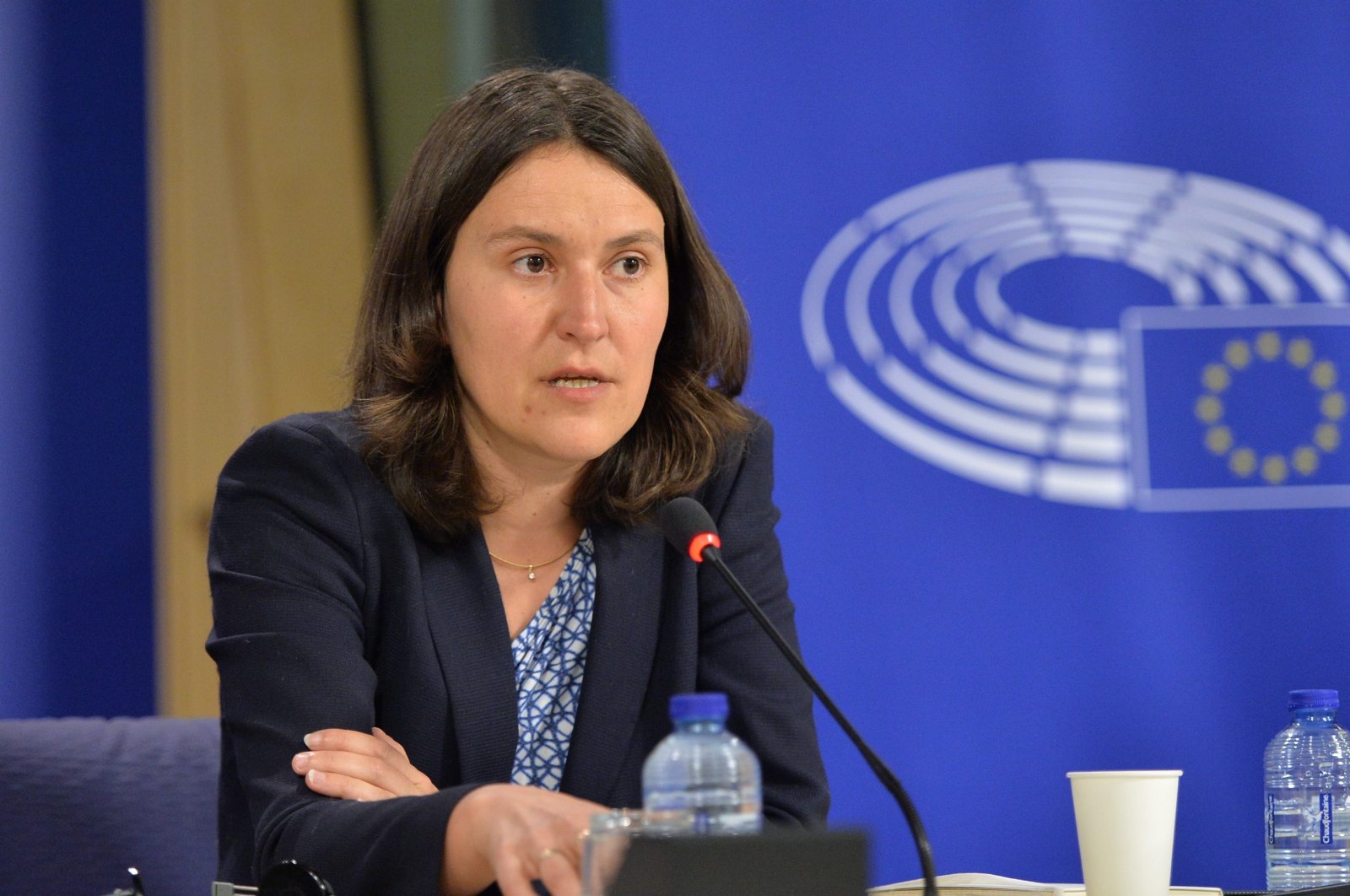 Even after the end of her tenure as the European Parliament's Turkey rapporteur, Kati Piri has always remained a blatant PKK sympathizer and worked to sabotage Turkey-EU ties

For many years, I have been closely following the developments in Turkey and have so far seen how countless events were portrayed in a negative light with baseless arguments. Worse, these allegations were even presented as “the big picture.” Indeed, there are always people who like or sometimes even benefit from the chaos. These very people eagerly wait for bad things to happen. However, you cannot conceal the truth.

Despite all sorts of dark propaganda, it is an undeniable reality that Turkey has become a global power in recent years. This reality disturbs some European Union members but that doesn’t mean that the Turkey-EU relations can be limited to shallow strategies of a few countries. The bloc must proceed with such awareness and deliver on its promises. Indeed, let me underline that it is an inevitable necessity for mutual trust not to be shaken up.

Well, is it possible to talk about a negative state of affairs in recent Turkey-EU relations? If there is such a situation, what is the reason or who is responsible? As a matter of fact, Turkey's efforts to improve relations have not been postponed. Although time was lost due to the double standards of some EU member states, Turkey has never abandoned its efforts to meet the “Ankara criteria.”

For the purpose of further strengthening ties, there has been diplomatic leadership carried out by President Recep Tayyip Erdoğan as well as the effective communications of the Foreign Ministry. The expectation is high that dialogue will increase even more with the EU in the upcoming days.

Still, there are some key names who desire to prolong this crisis. For example, Kati Piri, the European Parliament's former Turkey rapporteur, is among those who work relentlessly to hinder Turkey's growth and development and to discredit it. I have to give her credit as she had tried very hard to ruin relations between Turkey and the EU during her tenure as the Turkey rapporteur. Though her term in office came to an end, she still continues to systematically slander and peddles fake news about Turkey.

Piri was born in the Hungarian town of Celldömölk and is a Dutch politician of Hungarian origin. In the past, the only way for people with foreign backgrounds to have a say in Holland's politics was via the Labor Party. Piri also followed this path. In any case, she chose to adopt a dirty, aggressive attitude in order to make her name known and to build a career in the world of politics. Prior to Piri, the European Parliament’s Turkey rapporteur was Emine Bozkurt, a Dutch citizen of Turkish origin. Bozkurt was also from the Labor Party and significant progress was made regarding Turkey-EU relations during her tenure. Apparently, this situation made some people uncomfortable, and as soon as Bozkurt's term ended, Piri, a PKK terrorist organization sympathizer and enemy of Turkey, was appointed.

With the beginning of Piri's term in office, bilateral relations were disrupted. Forget about progress, there was even a serious setback in negotiations. While she was the rapporteur, Piri visited some members of the bloodstained PKK terrorist organization many times. She didn’t even conceal these visits.

Supporting terrorism is a crime all over the world; however, when it comes to hostility towards Turkey, everyone suddenly becomes blind and deaf. This is a bitter example of the double standard I mentioned at the beginning.

Let me return to Piri. During her term, Piri appeared to be a supporter of the PKK and always acted in that manner. She turned a deaf ear to those who were really oppressed and those who were suffering while regarding enemies of Turkey as her friends. In short, this is how objective of a Turkey rapporteur she was!

When her term in office ended, she did not deviate from this ugly political position. Through her social media accounts, she continued to support terrorist organizations, peddle fake news about Turkey and engage in dark propaganda activities. She never gave up on the effort to create a perception that Turkey has a Kurdish problem and that it can be solved by engaging with the PKK terrorist organization.

This is what she did not understand, or perhaps it did not benefit her to understand it: There is no Kurdish problem in Turkey. The only problem is the PKK terrorist organization and its political extension, the Peoples’ Democratic Party (HDP). In order to understand such realities in Turkey, just see the Kurdish mothers who have been on sit-in protests in front of the HDP’s headquarters in the southeastern province of Diyarbakır. The mothers demand that their children abducted by the PKK terrorists return home. This story is enough to understand the impact of PKK's terrorism on the Kurdish people.

Following the end of Piri's term in office, Nacho Sanchez Amor from the Spanish Socialist Workers' Party (PSOE) assumed duties. For five years, Amor will be the EP's Turkey rapporteur. My wish and expectation, of course, is that he will carry out his duties in the most objective and unprejudiced manner.

To that end, I invite Mr. Amor to meet with the Diyarbakır mothers. If he wishes, I can personally accompany him on this visit.

Op-Ed contributor based in Istanbul
RECOMMENDED