With Bozkır’s election as UNGA president, Turkey can raise its global standing 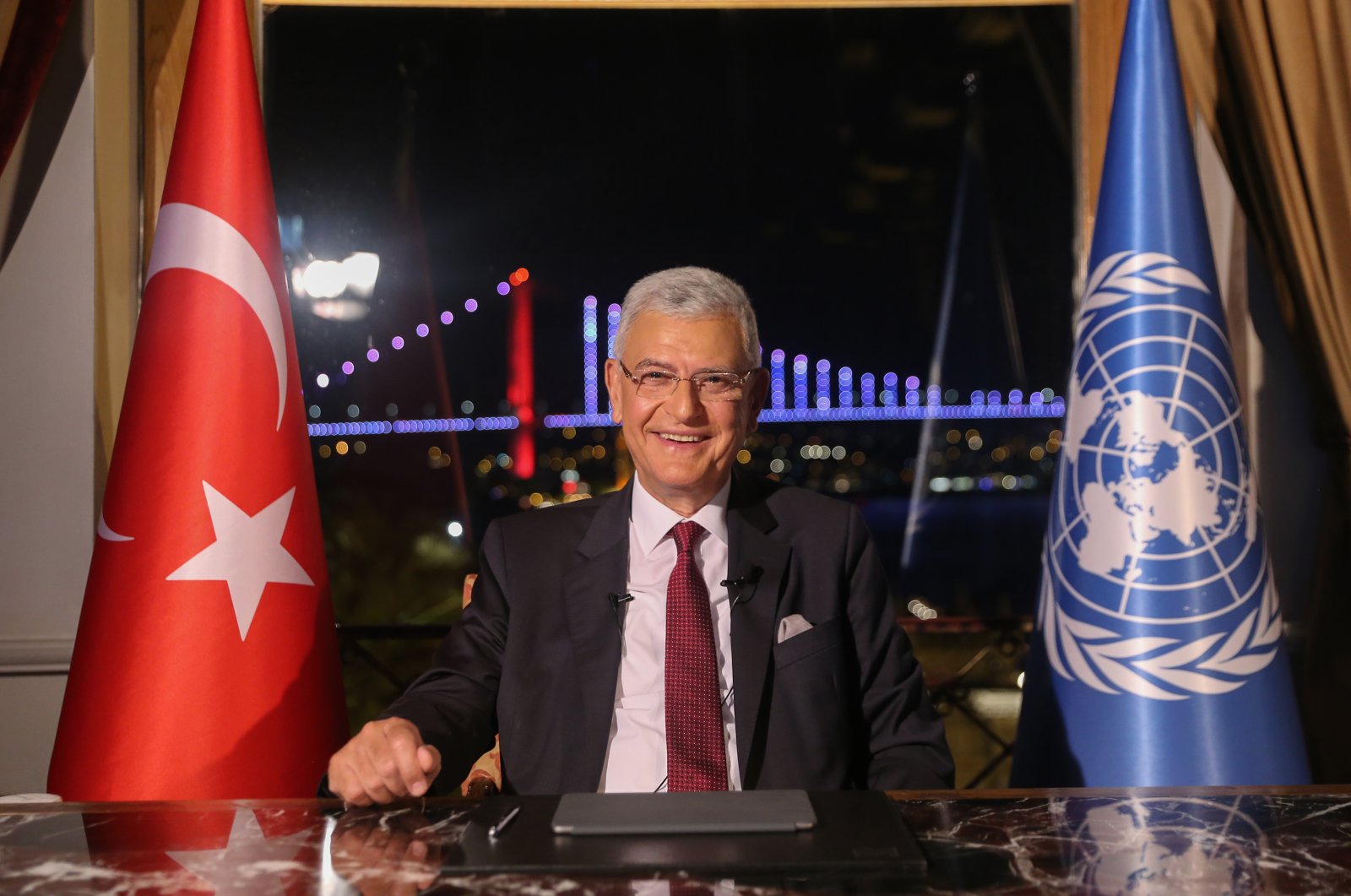 In private talks with journalists, foreign diplomats accredited with the United Nations say that the election of former senior Turkish diplomat Volkan Bozkır as the president of the 75th session of the United Nations General Assembly (UNGA) provides opportunities for Turkey to refurbish its international image. However, to achieve this end, they say Turkey will need to handle the 75th UNGA session under the Turkish Presidency in a “fair and square manner."

"Fair and square manner?" What does that mean?

First of all, the implication is that Turkey ought to maintain neutrality on a range of controversial subjects and conflicts that have been in the news lately. If it pursues its narrow national agenda while in the position of president of the General Assembly, Turkey will apparently be pursuing goals that would lack universal appeal. Viewing the world through the narrow prism of its own national interests could complicate disputes and, in the final analysis, also hurt Turkey’s credibility. The international community expects the president to be a fair moderator of discussions at the world body.

Some of the explosive minefields through which Bozkır will have to navigate include Syria, Libya, Jerusalem and the Eastern Mediterranean.

Libya is of key interest to Turkey, which supports Libyan Prime Minister Fayez Sarraj's Government of National Accord (GNA), whose forces have in recent weeks repelled the assault on Tripoli by the forces led by Khalifa Haftar's self-styled Libyan National Army (LNA), backed by the United Arab Emirates, Egypt and Russia.

Almost coinciding with Bozkır’s election as president of the General Assembly, Egypt called for a cease-fire as part of an initiative that also proposed an elected leadership council for Libya. Turkey rejected Egypt’s proposal.

In his so-called vision statement, Bozkır had observed: “The 75th anniversary of the U.N. gives us a unique opportunity to renew our commitment to multilateralism and the central role of the U.N. therein. I will represent the membership as a whole, take the views and interest of all member states into account and reconcile them to the best of my abilities.”

These are encouraging words and augur well for Bozkır’s presidency. But it remains to be seen how much of this intent can be translated into action, particularly at a time when many key actors see multilateralism as a hindrance, rather than as a facilitator, to peace and development.

Turkey has received messages of sympathy and appreciation from the international community for hosting over 3.5 million refugees fleeing the horrors of military conflicts in its region. Bozkır is expected to use the U.N. as a platform to highlight the suffering of refugees, immigrants and stateless people, emphasizing the need for humanitarian action in a world full of glaring inequalities. He has expressed his intention to support U.N. initiatives to “ensure impartial and unhindered delivery of humanitarian assistance and full respect for international humanitarian law in conflicts and crises.”

The office of the PGA is expected to rise above narrow national politics and interests and reach out to all concerned, including those with whom Turkey does not always share any common interest.

Among the many congratulatory messages sent to Bozkır was a tweet from China’s permanent mission to the U.N., saying that countries suffering from the consequences of racism and disrespect around the world hope that Bozkır’s election will strengthen global solidarity and cooperation. However, experts familiar with Chinese behavior at the U.N. describe the message as a veiled reference to the recent wave of protests in the U.S. against the brutal killing of George Floyd, an African American, by a white policeman who choked the former to death by kneeling on his neck. These experts interpret the Chinese reference to racism as an attempt to deflect attention from the fierce criticism of China’s handling of the COVID-19 pandemic, which has garnered international condemnation.

China also fears that some of the leaders addressing the UNGA, encouraged by Bozkır’s election as president, could possibly raise questions about, or make references to, the suffering of the Uighur Muslim population in Xinjiang under the repressive Chinese Communist Party (CCP). Hong Kong, the South China Sea, Taiwan and, lately, China’s border skirmishes with India may also crop up from certain quarters during Bozkır’s presidency of the General Assembly.

Bozkır, who won broad support from the 178 U.N. member states present during the secret ballot, will be the first Turkish representative to preside over the General Assembly. He takes over as PGA from Tijjani Muhammad-Bande whose term is ending with the current UNGA session.

While Bozkır will probably not see a “full house” at the UNGA’s opening week in September due to the COVID-19 pandemic – as many dignitaries might send prerecorded video statements instead of personally appearing at the U.N. in New York – his words and actions at the world body will be closely followed. By demonstrating his unifying role as president, he could provide a big boost to Turkey’s image on the world stage and, in the process, also erase the bitter memory of Turkey’s defeat in 2014 when it unsuccessfully contested for a two-year nonpermanent seat in the U.N. Security Council.

Bozkır’s positive contribution as president of the General Assembly could help Turkey establish a historically important place on the world stage. The world will be watching.