10 refugees pushed back by Greece saved in Aegean 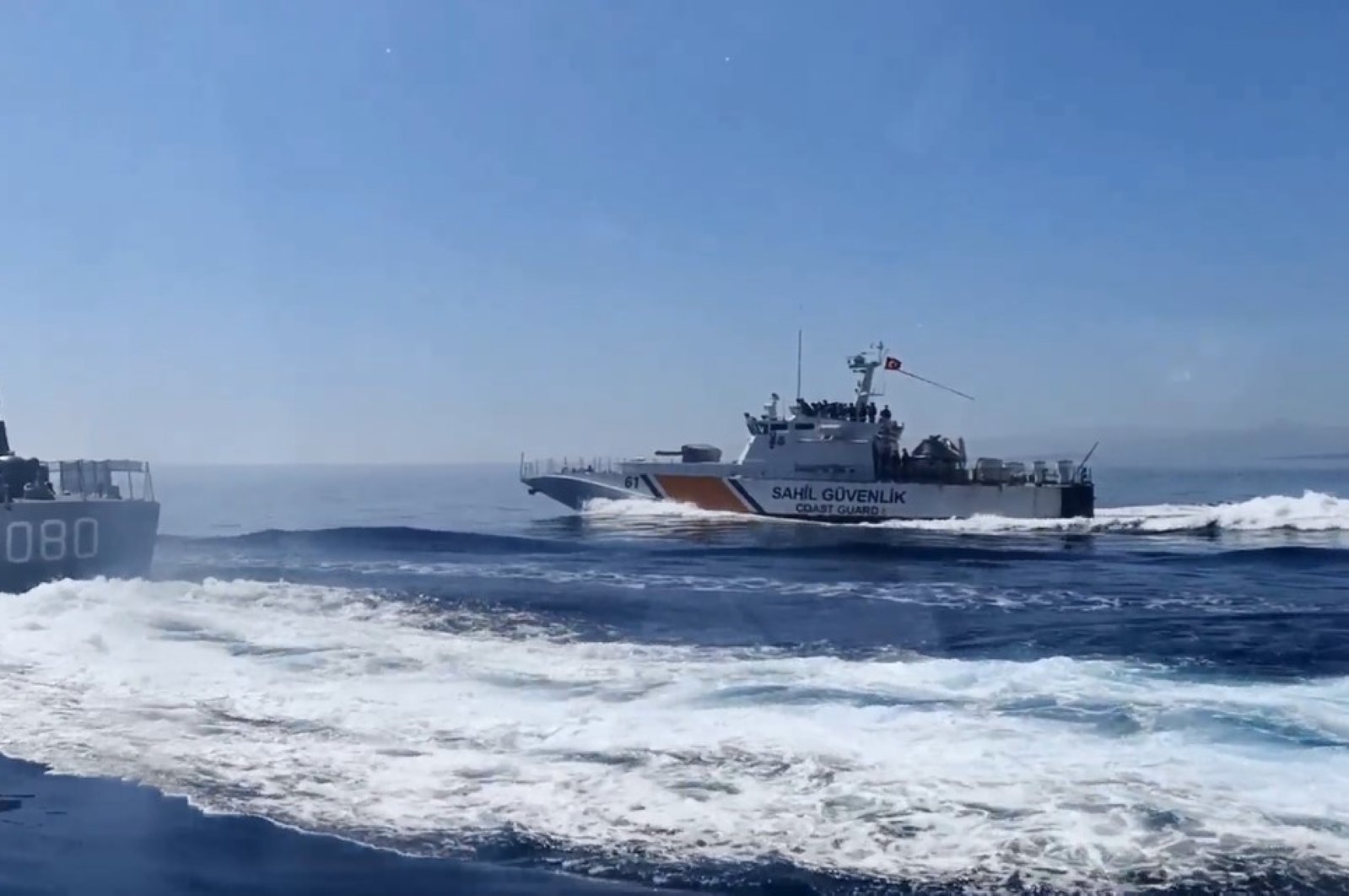 Three Greek coast guard boats had violated Turkish waters, only to be intercepted by the Turkish coast guard, April 19, 2020. (IHA)
by Daily Sabah with DHA Apr 19, 2020 11:26 am
RECOMMENDED

The Turkish coast guard saved a group of 10 refugees off the coast of the Aegean district of Ayvalık on Saturday. The group was reportedly pushed back to the sea by the Greek authorities.

According to a statement from the coast guard command, refugees were pushed back to Turkish coastal waters with the motor of their boats ripped off.

Requesting assistance from the coast guard, the refugees, who were trying to enter Greece to start a new life in Europe, have since been rescued.

Initially, only one Turkish coast guard boat was sent to the area to save the refugees but upon receiving information that three Greek coast guard boats had violated Turkish waters, five more boats were dispatched to the region to remove the Greek boats from the area.

The country already hosts nearly 4 million Syrian migrants, more than any other country in the world, and says it cannot handle another wave.

Greece's response to those trying to enter the country without prior authorization has been harsh, with at least three killed by Greek security forces on the land border with Turkey and many others battered and teargassed.

Human Rights Watch has urged Greece and the European Union to respect human rights in its response to Turkey’s new policy.