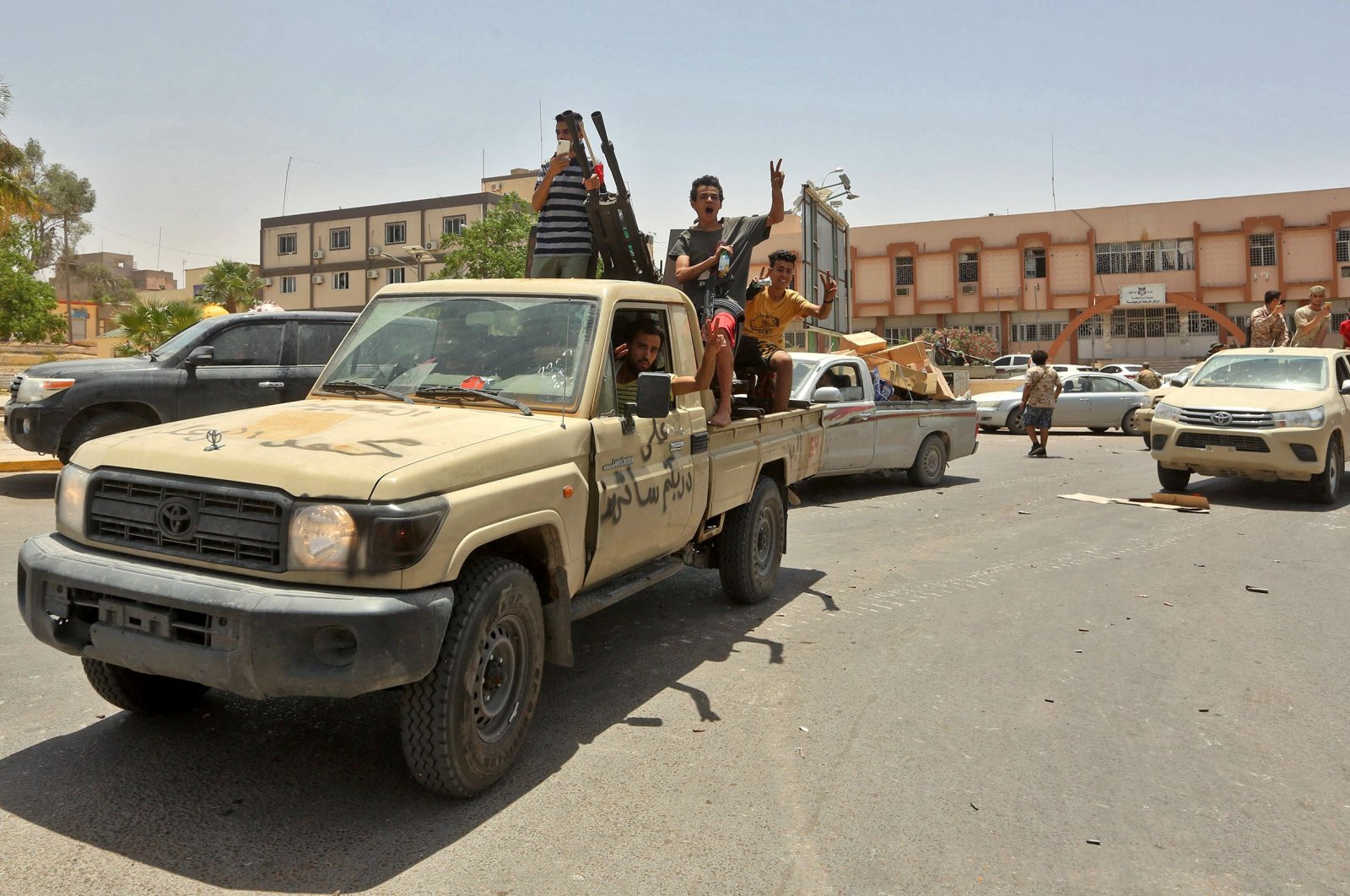 Fighters loyal to Libya's U.N.-recognised Government of National Accord (GNA) pose for a picture in the back of a technical (pickup truck mounted with turret) in the town of Tarhuna, about 65 kilometers southeast of the capital Tripoli, June 5, 2020. (AFP Photo)
by DAILY SABAH WITH AA Jun 05, 2020 6:03 pm
RECOMMENDED

106 bodies, including those of women and children, have been found in a hospital in Libya's Tarhuna city, which was liberated by the government forces from putschist Gen. Khalifa Haftar's militias on Friday.

A written statement by the Libyan government's Burkan al-Ghadab (Volcano of Rage) Operation said that according to initial evaluations, the victims had been executed.

Images shared by the operation's press office depicted numerous body bags in the halls and rooms of the hospital.

Health Ministry spokesman Amin al-Hashemi said there were signs of torture on most of the bodies.

Stating that some bodies could not be identified, al-Hashemi underlined that war crimes violated all local and international laws.

Authorities did not provide further information on the details of the incident and the perpetrators.

The Libyan Army on Friday liberated the strategic Tarhuna city, the last stronghold of warlord Haftar in western Libya.

Tarhuna was a major focal point for the supply lines of Haftar's militias from al-Jufra airbase.

The Libyan Army on Thursday announced the complete liberation of the capital Tripoli and that its forces were moving to liberate Tarhuna, the last stronghold of Haftar in western Libya.

Al-Urban is known as one of the most important centers of Haftar's militias in southern Tripoli.

In March, the Libyan government launched Operation Peace Storm to counter attacks on the capital, and recently regained strategic locations, including al-Watiya airbase, in a major blow to Haftar's forces.

Libya's government was founded in 2015 under a U.N.-led agreement but efforts for a long-term political settlement failed due to the military offensive by Haftar's forces.