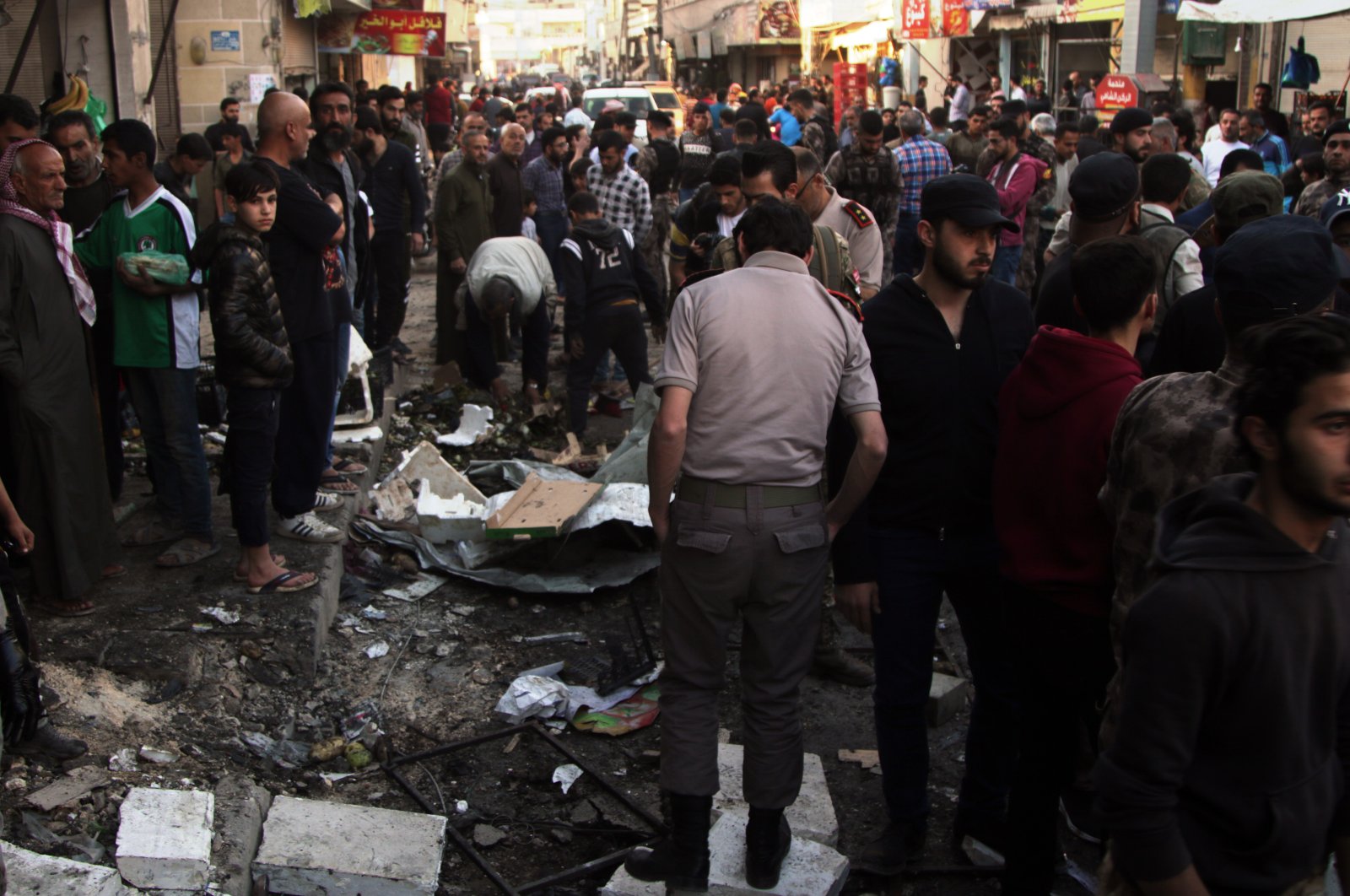 At least five civilians were wounded late Thursday when two bombs simultaneously exploded in northern Syria’s al-Bab province, in an attack suspected by local security forces to have been carried out by YPG/PKK terrorists.

This was the third attack in the province killing civilians this month. At least 11 civilians were wounded in a bomb attack carried out by the YPG/PKK terror group in al-Bab on May 10 while in a previous attack on May 5, one civilian was killed in a bomb explosion in the same province.

Al-Bab, which was previously ruled by Daesh terrorists who destroyed the infrastructure and displaced thousands of civilians, became a fully functioning city with a local council, schools, hospitals and a university, thanks to Turkey's efforts. The city was liberated three years ago in Operation Euphrates Shield, which was carried out by the Turkish military and the Syrian National Army (SNA). Following its liberation, most of al-Bab's residents returned to the town, with its population almost doubling from 130,000 in February 2017 to 250,000 in February 2020.

Al-Bab was cleared of terrorist YPG/PKK elements in 2016 as part of Turkey's Operation Euphrates Shield, which was launched to eliminate terrorists along the Syrian border and ended in March 2017. However, the terrorist group still continues to conduct attacks on innocent civilians both in Syria and in Turkey.