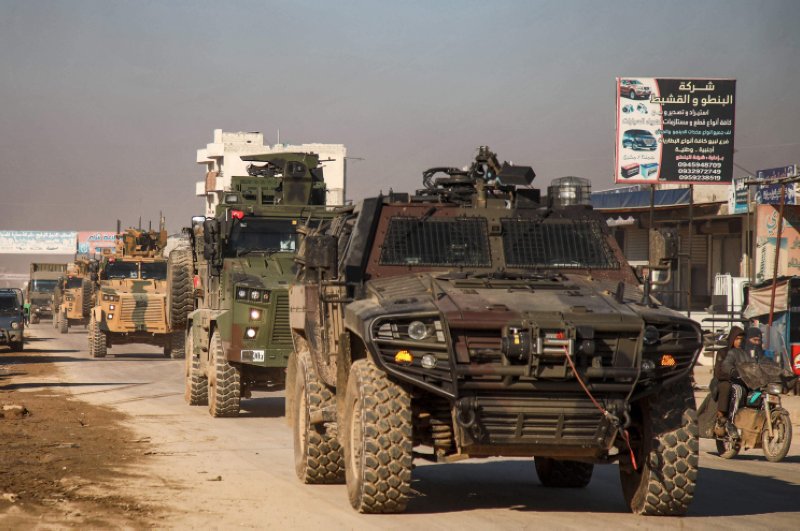 A Turkish military convoy of tanks and armored vehicles passes through the Syrian town of Dana, east of the Turkish-Syrian border in the northwestern Syrian province of Idlib, Feb. 2, 2020. (AFP Photo)
by Compiled from Wire Services Mar 04, 2020 11:02 am

Two Turkish soldiers were killed and six wounded in an attack by the Bashar Assad regime in northwestern Syria's Idlib, the Defense Ministry said Wednesday.

"We wish God's mercy on our martyrs and condolences to their families. We also share our condolences with the entire Turkish nation and wish a quick recovery for our wounded personnel," it said.

The incident brought the death toll among Turkish soldiers to 59, including one on Tuesday, in Operation Spring Shield, which began last month.

Turkish forces neutralized 3,136 regime elements in Syria since the start of the operation in the northwestern Idlib region, the Defense Ministry said in a separate statement Wednesday.