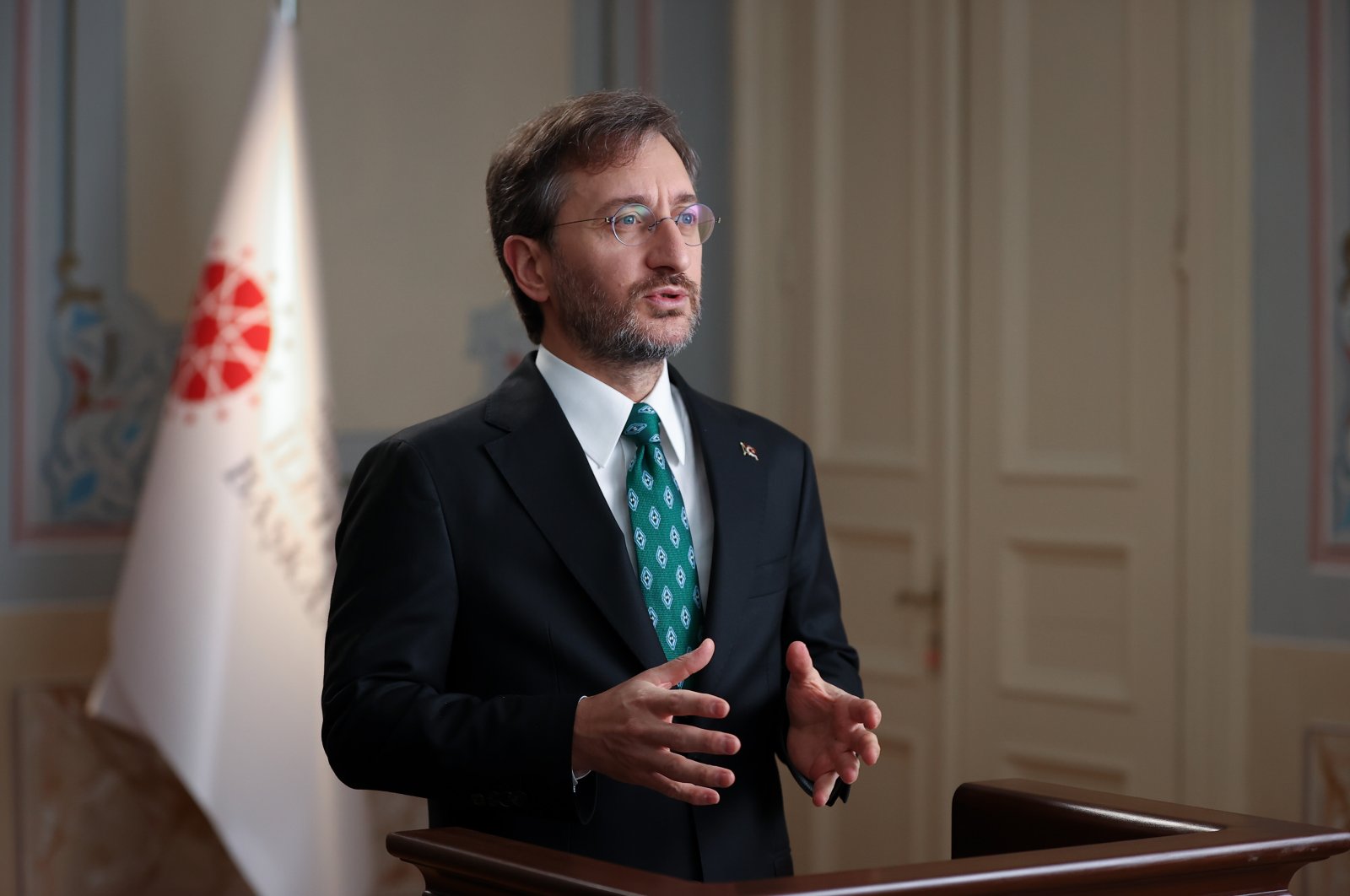 Turkey, under the leadership of President Recep Tayyip Erdoğan, has advanced democracy, reestablished the unity between the state and people while also dealing a blow to terrorist and criminal organizations, Communications Director Fahrettin Altun stated Thursday.

Speaking at an online conference organized by the communications directorate on the May 27, 1960, coup, Altun hailed the progress Turkey has made under the ruling Justice and Development Party (AK Party).

Altun said that they are aware of actors trying to infiltrate the state in the interest of foreign services as well as those who instigate unrest and want to condemn Turkish foreign policy to Western dependence.

“We know those that are disturbed by our army, security forces and nameless heroes eradicating terrorist organizations from our lands and borders.”

“The main opposition tries to overcome its bottleneck through non-political means.”

Altun underlined that in the past 20 years, the AK Party pulverized organizations like Daesh, PKK and the Gülenist Terror Group (FETÖ) with its national security policies while ensuring the removal of illegal structures that were funded through terrorism.

He also said that it does not come as a surprise that certain circles are trying to defend the May 27 coup and question the presidential system.

Yassıada, one of the Princes' Islands located in the Sea of Marmara southeast of Istanbul, is associated with one of the darkest eras in the history of the country, as it is notorious for the jails and trials from the 1960 military coup.

The island, which saw the culmination of the 1960 coup, was renamed Democracy and Freedom Island following a recent transformation and the construction of new facilities.

Menderes founded the Democrat Party (DP) in 1945, which broke from the Republican People's Party (CHP) that had been governing the country in a single-party system since the founding of the republic and led it in the first multiparty elections in 1946. In the 1950 elections, the DP won a parliamentary majority and ran the country until the May 27, 1960, military coup. Menderes is viewed as the first democratically elected prime minister of Turkey.

His term saw significant changes to counter the strict secularist policies of the preceding CHP era that alienated significant portions of the nation, coupled with economic reforms and major diplomatic realigning, including membership to NATO. The DP is seen by many as the predecessor of the liberal-conservative political movements of the Justice Party (AP) of the 1960s and 1970s, the Motherland Party (ANAP) of the 1980s and the AK Party.

In 1990, the Turkish government said it regretted the execution of Menderes and his grave in Istanbul was turned into a mausoleum. As the last Turkish political leader to be executed after a military coup, many public buildings and spaces are named after Menderes as a sign of respect.

The 1960 coup paved the way for future coups and putsch attempts as the military, which viewed itself for a long time as the sole custodian of democracy, overthrew governments they did not like.