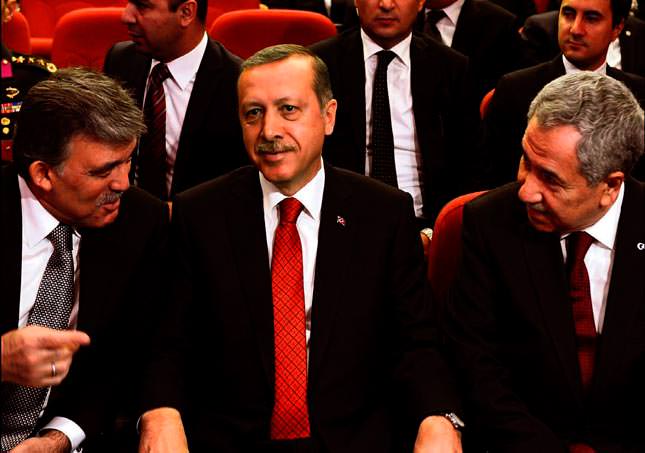 Turkish Deputy Prime Minister Bülent Arınç said Saturday that the government is working to disrupt the activities of the parallel structure, in reference to the Gülen Movement which has been actively trying to undermine the government of Prime Minister Recep Tayyip Erdogan, adding that an investigation into the matter should be expected soon.

Although Gül displayed a neutral stance during the Gezi Park events in June 2013, he demonstrated a more determined stance following the Dec 17. operation, a probe orchestrated by the Gülen Movement aimed at undermining the government by singling out ministers on unsubstantiated corruption charges. When he was urged to look into the matter by the Journalists and Writers Association, an organization close to the Gülen Movement, Gül responded by saying he was already carrying out his duties. Gül has said he is certain that there is a parallel structure within the state and while public servants can have religious, ideological and political views, they should not pay allegiance to anything else but the constitution and law when it comes to their services in the state.
Arınç's stance is similar to the president's.

He acknowledges the existence of the parallel structure and claims it is necessary to take precautions to ensure its influence does not grow. "By taking precautions, we do not mean imprisoning them, it means to cut their communications links between them," said Arınç at a press statement after his recent trip to London.
He also said officials should expect investigations to be carried out which could result in recalls, relocation and disciplinary proceedings, but class action lawsuits will not be filed.

Arınç also praised the Undersecretary of the National Intelligence Agency Hakan Fidan, for successfully addressing service and responsibility concerns that have topped their agenda since 2009. In response to questions about a potential dispute between Gül and Erdoğan, Arınç stated that both have served each other as president and prime minister and would continue to do so as they all have maintained trust in one another. He also refuted claims by CHP leader Kemal Kılıçdaroğlu that Turkey is transforming into an intelligence state.

Arınç's remarks are viewed as a direct response to those who claim there is a dispute between Arınç, Gül and Erdogan.
Previously, supporters of the Gülen Movement tried to drive a wedge between Gül and Erdogan but have failed. Their latest target was Arınç. Contrary to their expectations Arınç also chose to side with the prime minister.