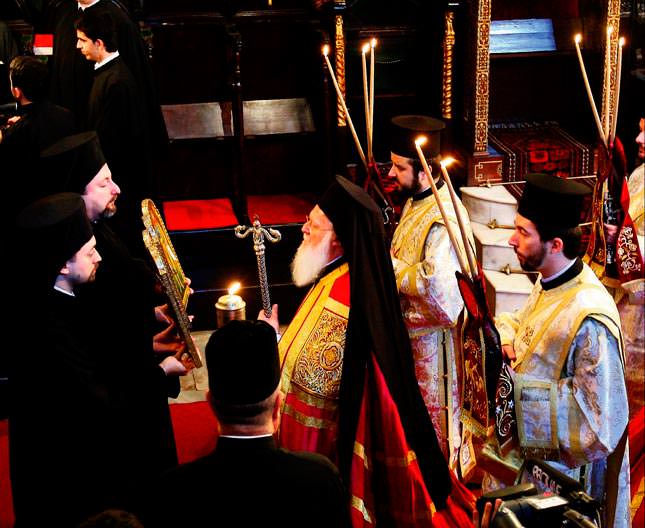 Until recently it was not easy to admit to being a Rum in Turkey. Despite the popular use of the word "Rum" to describe Greeks in Turkey, the term in reality means "Roman." The Rums of Istanbul did not migrate from another country but are deep-rooted Istanbulites who lived in the city when the Ottomans took control of Constantinople in 1453. Many took Ottoman citizenship while keeping their own language and religion. After the fall of the Ottoman Empire, they acquired Turkish citizenship.
Due to the Balkan Wars, World War I, the Greco-Turkish War, and the Cyprus issue, the number of Istanbulite Rums decreased from 150,000 to 3,000 over the last century.
Although they became citizens, discriminatory policies were implemented against Istanbulite Rums to counter-attack Greece or Greek Cypriot oppression against Turkish Cypriot. The most apparent examples of the "subdual policy" were the seizing of Rum foundations' goods and estates due to unfounded reasons and the shutting down of Rum schools and orphanages.
In 1944, all minorities, especially Istanbulite Rums, were conscripted and sent to Aşkale, a district of Erzurum Province in the Eastern Anatolia region of Turkey. Mob attacks, known as the Istanbul Pogrom, were directed primarily at Istanbul's Greek minority from Sept. 6 to Sept. 7, 1955. Nearly 2,000 Greeks residing in Istanbul were deported overnight in 1964. Armenians and Jews were also subjected to similar treatment during those years. The status of minorities started to change after 2002. "The government's mistake of disposing Istanbulite Rums' goods and estates will be corrected," said Prime Minister Recep Tayyip Erdoğan during his official visit to Thessaloniki. "Nearly a thousand lands will be returned to their owners and even compensation may be paid in certain situations." Minority representatives appreciated the government's initiative. "The government and Prime Minister Erdoğan significantly contributed to the process of the return of expropriated property," said Dikran Gülmezgil, head of Şişli Karagözyan Armenian Orphanage Foundation. "From bureaucrats to civil servants under AK Party governments, they have sincerely approached our issues and many of them have been solved." Returning lands and goods is part of an overall strategy to reach out to minorities.
The government also allowed for the speaking of Romaic, increased trade and cultural exports to and from Greece, reopened orphanages and schools and partook in an "iftaar meal" with the Orthodox Patriarch. "The return of expropriated property is a crucial and invaluable step that gives a rise to a great change," said Laki Vingas, the Minority Foundations representative in the Foundations Council. "A considerable amount of the properties was returned to their owners.
This process has laboriously started in 2003.
Although at the outset it was not like this, now people are of the opinion that this step mitigates injustice. However, we also saw that the process has some shortcomings and it has not addressed all the needs. Even so, we are happy and if the shortcomings are addressed, we would like to open a new page.
We are planning to meet the needs of our community and then develop social projects."

Contributed by Emre Can Dağlıoğlu