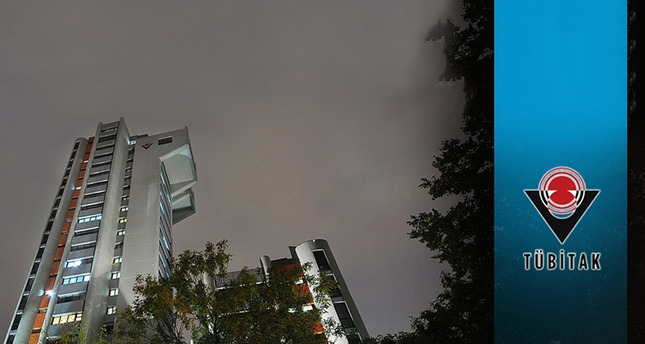 Turkey's top science and technology institute TÜBITAK is clandestinely infiltrated by hundreds of people linked to the Gülen Movement, investigators find, launching a comprehensive probe to cleanse the body of moles

Turkey's most prestigious scientific institution is shaken by a new scandal.

TÜBITAK is a semi-autonomous institution known for storing information crucial for national security. It was discovered that the software program that enabled the wiretapping of encrypted phones was allegedly obtained by members of the Gülen Movement, who held important positions in the institution.

The General Staff of the National Intelligence Organization (MIT) and all security forces took serious measures to investigate the issue.

The infiltration threatened the confidentiality of the most crucial military and intelligence data through the movement's access to software obtained from the U.S. and Israel, resulting in the National Security Council to characterize the Gülen Movement as a threat to national security.

The minister of Science, Industry and Technology, Fikri Işık responded to questions about the fabricated tape recordings of Prime Minister Recep Tayyip Erdoğan and his son Bilal Erdoğan, in which the prime minister allegedly urges his son to distribute millions of euros to their relatives on the day of the Dec. 17 operations. "The tapes are clearly fabricated," said Işık, noting it is also evident that encrypted telephones were allegedly wiretapped by followers of the Gülen Movement who infiltrated a significant number of state agencies, the security forces and institutions, including TÜBİTAK.

Instructions were given to investigate the security, hardware and software of the system and examine how the wiretapping was carried out. Erdoğan and President Abdullah Gül's phones were collected and sent for investigation. The incident caused a stir in Turkey as TÜBİTAK is one of the most important institutions in the country.

Recently it was discovered that TÜBİTAK's top staff and an imam affiliated with the Gülen Movement dismissed a total of 600 people in four years and hired a total of 2,200 new staff in order to take control of the institution. Işık and ministerial officials launched an investigation into figuring out how the movement's imam worked, who was hired by him and who was given strategic positions within the institution. "We will start the legal process and track them down," promised Erdoğan. "This infiltration cannot prevail. If it does, families and individuals will have no privacy."

The incident is characterized as an unprecedented betrayal in the history of the Turkish Republic. The software, locked by a master key containing all codes, was produced under the scope of Turkey's national defense, industry and intelligence projects, and was similar to the encrypted devices of NATO members such as the U.S., Germany, Spain, France and Norway. The encrypted phone blocked wiretapping, and even if the phone was wiretapped, the conversations would sound like a noise, similar to watching 3-D movies without the necessary 3-D glasses.

According to daily Yeni Şafak's reports, Gülenists classify recordings obtained from wiretapping under name and topic categories, and sends them to archive centers established in Michigan, Virginia and Pennsylvania - all in the U.S.

It is alleged that there are tape recordings of thousands of people that are kept in Pennsylvania, where the controversial movement leader Fethullah Gülen resides.