Why is PM Erdogan causing so much rage? 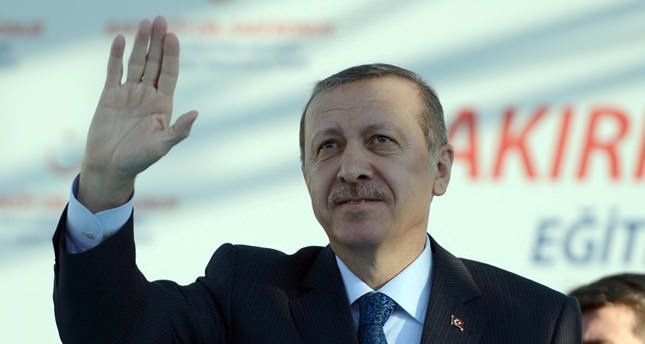 by Mar 01, 2014 12:00 am
Why do certain segments of the population put aside their sense of shame when voicing their hate and obsession toward Prime Minister Erdogan in writing, in speech and in social media? As I had already witnessed this during the Turgut Özal era, I am frankly not that surprised. I suppose there is shame, or "shamelessness," in the root of it all.

In 1946, the single-party model was revived based on military and bureaucratic tutelage, but under the name of multi-party democracy.
However, even this limited democracy proved enough for the interference of the people to choose operable and actively capable staff.

The bureaucratic oligarchy claimed, "We are the state!" The competition-phobic capital owners became rich behind the protective walls of the state, as we watched this process in misery. They were always comfortable. Because up until then, community development, progress and growth were only an option when it came to themselves. Although society was getting poorer, the standards of living for the bureaucratic oligarchy improved drastically.

Those made rich by the state became even richer despite several financial crises while foreign currencies unavailable to the public were reserved for them.

Those in the democratic government emphasized in words and actions that the people could also have a share in the welfare and that the state is supposed to serve its people. This conduct was punished with military coups four times in 50 years. When coups knocked on the door, those in government would put their hats on and leave. It is always the same story. After a while, tutelary democracy would return, shuttered parties would reopen under a different name, and banned politicians would resurface. U.S. foreign policies would serve as a baseline, and one would be careful not to anger members of the Turkish Industrialists and Businessmen's Association.

During years of the AK Party government, PM Erdogan put an end to this ridiculous democratic model with his determination and actions. He has proven that both the state and society can prosper. The Kurdish issue has gone from being a matter of safety to a matter of politics, and he has shown that there are more ways to do foreign politics than the American way. Put yourselves in the shoes of those who obsess about Erdogan. They are elite barons in a country with a broken economy.

In the past, they had continuously growing wealth, but now realize that it is no longer they who carry the most weight in governance.
Now the people do.

Imagine you are a journalist writing bold articles on the Kurdish reconciliation process which the state does not condone. Suddenly a peace initiative comes along and your function is trivialized. Or you are an organization that has become institutionalized under the guise of a religious community that plans to take over the state. The government is now intervening with your private teaching institutions and financial security centers.

Would you not hate Erdogan? Would you not say, "Let us go back to tutelary democracy?" to make yourself happy again? And are you not disturbed by the misery of those who were marking the anniversary of Feb. 28?