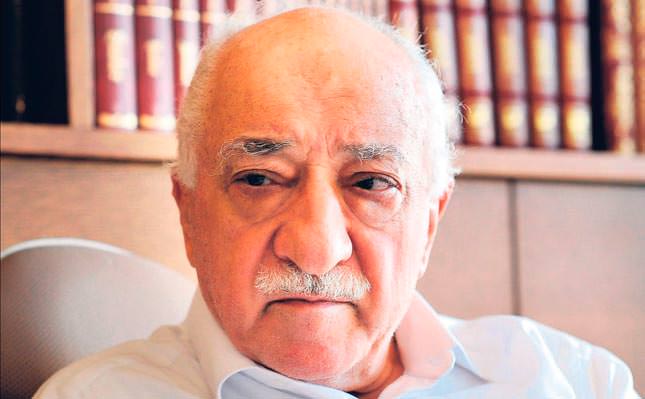 Some commentators in the Turkish media believe the government is preparing legal action against controversial imam Fethullah Gülen and his followers.

Istanbul (Daily Sabah) - Journalist and TV commentator Metehan Demir claimed that there are ongoing preparations in Ankara for such action. "Ankara has started a series of preparations to demand that the United States return Fettullah Gülen to Turkey," Demir posted on his Twitter account last week.

Well-known columnist Abdurrahman Dilipak also shared similar information, saying that "[Prime Minister Recep Tayyip] Erdoğan passed a message to Obama in regard to his discomfort with Gülen" and claimed that U.S. officials are looking for an alternative residence for Gülen.

Justice Minister Bekir Bozdağ was asked about these claims last week during his meeting with group of foreign journalist in Ankara but did not offer further information. "Preparation for legal action is run by prosecutors in strict confidence and as justice minister, I don't know the details of every investigation," he said.

Whether or not the government is gearing up for legal action against the controversial imam, in recent days Erdoğan hinted that legal action would be taken against what he calls an "illegal gang within the state," repeating his government's determination to eradicate the "parallel state."

In Feb. 2012 wiretaps were found in Erdoğan's office and a subsequent investigation resulted in two people, believed to be part of the Gülen Movement, being named in connection with the eavesdropping last week, who have since fled the country.
On Feb. 24, several newspapers published a list of people whose phones were bugged. Two anti-terrorism prosecutors had obtained court orders authorizing the phone-tapping as part of an investigation into the "Selam Terror Organization," a group which was largely unknown in the country until the investigation itself.

Later on in an official statement, Deputy Prime Minister Bülent Arinç confirmed that close to 7,000 people had been wiretapped, including journalists, businessmen and politicians. Erdoğan described it as "the biggest eavesdropping scandal in Turkish history."
A few days later, seven high-level officials from Turkey's Scientific and Technological Research Council of Turkey (TÜBİTAK), were dismissed and their ties with the institution severed following a scandal involving the seizure of an encrypted state communications database.

It was discovered that the software program which enabled the wiretapping of encrypted phones was allegedly obtained by members of the Gülen Movement, who held important positions in the institution. "It is very interesting.

They even tap the state's cryptic phones from TÜBİTAK. A president cannot speak with a prime minister without being wiretapped at the instant," Erdoğan said on Feb. 25. Government officials believe that Gülenists have been illegally tapping thousands of telephones in Turkey for years to create criminal cases against opponents and try to influence government affairs. On the other hand, Gülen's lawyer Nurullah Albayrak said in a statement that there were "unjust" efforts to attribute the wiretapping to his client and called for the matter to be investigated.

According to U.S. State Department diplomatic cables made public by WikiLeaks in 2010, the network "that controls major business, trade, and publishing activities, has deeply penetrated the political scene, including the AK Party at high levels." In line with this, Gülen urged his followers to infiltrate the Turkish state in a sermon that was captured on video. "You have to penetrate the arteries of the system without being noticed," he said. You have to wait for the right moment, until you have seized the entire power of the state." Gülen says in a video.