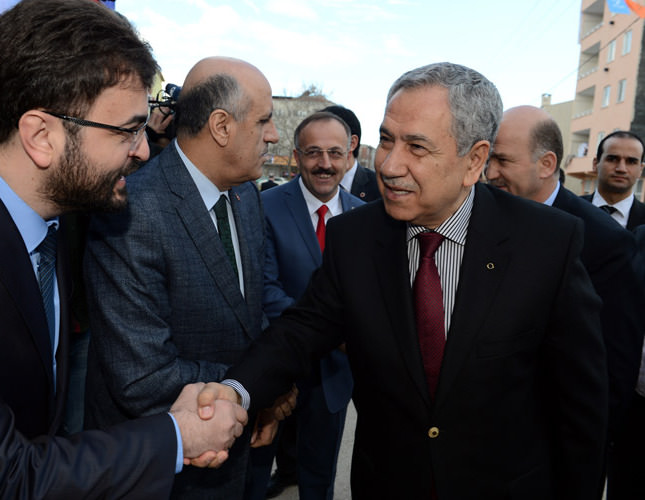 Furious at the government's efforts to reform education, the Gülen Movement exploits prep schools under its control to influence families not to vote for AK Party

Istanbul (Daily Sabah) - Prep schools linked to the controversial Gülen Movement have initiated a political campaign against the government.

Pennsylvania-based imam Fethullah Gülen told the "revered sisters and brothers" of the movement to influence families through pupils before the March 30 local elections. One of these illegal indoctrination sessions took place at the Levent branch of the FEM prep schools last Friday.

One source, identified only with her initials S.C., told Turkish newspaper Sabah that the Justice and Development Party's (AK Party) efforts to shut down prep schools was the cause behind the political campaigning at the FEM branches. Pupils were told to vote for the opposition Republican People's Party's (CHP) Istanbul mayoral candidate Mustafa Sarıgül.

As the bout between controversial Gülen Movement leader Fethullah Gülen and Turkish Prime Minister Recep Tayyip Erdogan escalates, the government chalked up a victory for its side in the bitter feud.

The approval of the bill proposing the closure of prep school caused a stir in the Gülen Movement. It was asserted that the movement started to purport "black propaganda" against the Turkish government in its private and prep schools ahead of the local elections due in March, 30.

S.C., a source who asked to remain anonymous, alleged that followers of the Gülen Movement asked students of Gülenist prep schools and their families to vote for the main opposition Republican People Party's (CHP) candidate in the local elections.

Although political campaigning at prep schools is not legalized in Turkey, it was claimed by sources of Sabah newspaper that Gülenists asked the families to do just that at the Gülen-affiliated FEM Prep School in Levent, Istanbul.

The allegations followed Turkish Prime Minister Recep Tayyip Erdogan's remarks during his rally in Mugla. Erdogan said "Fethullah Gülen asked his followers to be directly involved in the local election campaigns to stand up against AK Party in support of opposition."

Allegedly speaking to the families and asking them to leave their phones outside the rooms, Gülenist authorities said, "We were against the government prior to the election. You should vote for another candidate such as Mustafa Sarıgül to take up a position against government." They further asked them to disregard the abolishment of the hijab ban or Turkey's political and economic stability during AK Party's term in power.

During those meetings, the "revered sisters" who are in charge of planning the followers' activities in the movement clearly stated that they supported Fethullah Gülen's curse on the prime minister right after the Dec.
17 operation. They said "Turkey is under threat due to AK Party."

One of the sisters in the movement said, "We have remained silent to Erdogan's activities so far, but we cannot stand him anymore. Fethullah Gülen desperately sent letters to President Abdullah Gül, and suggested that he needed to intervene in this on-going issue."
She conveyed to the families that Gülen asked his followers to protect the Gülenist Bank Asya, in Turkey.

It was also asserted that the authorities who spoke to the families defined the turmoil between AK Party and Gülen Movement as a sect war and he left the families with unanswered questions regarding Gülen's move to receive support from the U.S.

In line with the bill passed by Parliament on Friday, prep schools in Turkey must be closed down by September 2015 and those found suitable will be transformed into primary schools, high schools, dormitories and public education centers, a process set to finish near the end of 2018 or start of 2019.

The law will also make a number of positions in the state education system and Education Ministry redundant. The changes will affect the head of the Education and Morality Council, the strategy development president, in addition to officials at the Education Ministry such as deputy secretary, heads of departments, provincial directors, deputy directors of national education and district directors of national education. Those who served as school principals and deputy principals for four years will be removed at the end of the 2013-2014 school year.

Turkish prep schools, tasked with preparing students for the nationwide university entrance examination, emerged in the 1970s as a result of a problematic education system and then turned into a lucrative source of income for organizations running educational institutions across the country, particularly the Gülen Movement.

The breaking point between the movement and the government came on Nov. 2013 after the Turkish government moved to shut down prep schools. The government's move caused an uproar within the Gülen Movement, which has gained both funding and a steady stream of recruits through its prep schools.

Over the last 20 years, the Gülen Movement has built up a vast global networks, including educational establishments, private schools and prep schools, in addition to media outlets and businesses.

However, the movement's activities remain notoriously opaque due to its infiltration into key political and regulatory institutions within the Turkish state. Regarding the income of the prep schools, Erdogan said the sector brings in approximately $1 billion each year, adding that Gülen's followers control an estimated 40 percent of the nearly 4,000 prep schools in the country.