Inquiry into state within the state by Gül 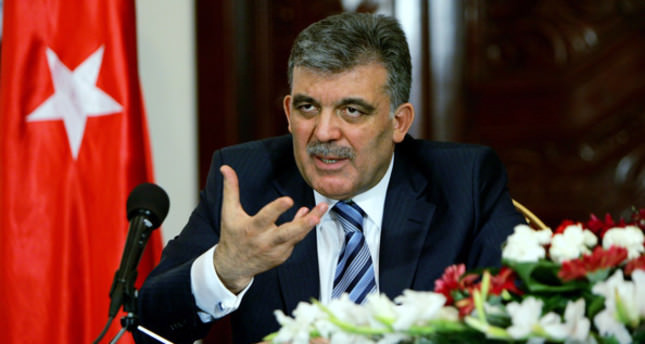 Istanbul (Daily Sabah) - In response to recent allegations regarding the wiretapping of thousands of people allegedly conducted by the Gülen Movement, President Gül commissioned the State Supervisory Council to investigate the matter. In an official statement, President Abdullah Gül gave orders to investigate, research and review a number of issues regarding the incident.

The State Supervisory Council (DDK) was commissioned to determine the precautions that could be taken to ensure institutional and regulatory measures regarding the recording of conversations are in line with the law. The body will also ensure the inspection of the application and standards of encrypted devices in public administration are up to international standards in order to protect individual rights and freedoms.

Current anti-corruption laws will also be reviewed to provide more effective and orderly applications for public administration and prevent corruption. An investigation into the regulations regarding state secrets and levels of confidentiality, especially regarding Turkey's Right to Information Act, will also be carried out in an effort to increase participation and improve the quality of democracy. As such, teams will review the definition, application and scope of state secrets and related institutional framework and regulations.

Other points included in the statement include an analysis of the implementation of a development plan and city rents to prevent degradation while urban development is taking place and the processes to join certain professions, including judges, prosecutors, inspectors, and experts to ensure a level playing field for all.