CHP takes its former proposal to the court 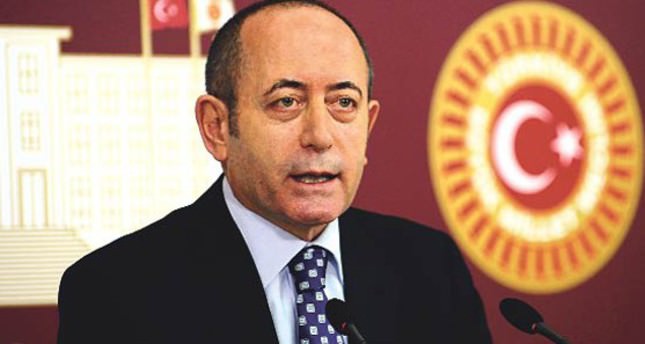 by daily sabah Mar 15, 2014 12:00 am
ISTANBUL – The Republican People's Party (CHP) Deputy Chairman Akif Hamzaçebi has stated that the party will appeal the recently approved law by President Abdullah Gül to abolish Turkey's prep schools. The announcement contradicts a 2011 proposal made by the party to close prep schools.

Hamzaçebi responded to questions by journalists about the party's initiative to appeal the law in the Constitutional Court at a press meeting organized at the Grand National Assembly of Turkey (TBMM). Claiming that the law contravenes constitutional principles, Hamzaçebi criticized it for allegedly attempting to cover up the graft probe of Dec. 17. On the other hand, he stated that the CHP supports regulations abolishing the 10th Article of the Counter Terrorism Law and Specially Authorized Courts, but criticized other parts of the regulations for allegedly blocking access to protests and freedom of expression.

However, the party's 2011 election pledge stated that the CHP would close prep schools on the grounds that "prep schools [do] not significantly contribute to students' success and therefore the institutions should be taken out of the educational order of business of the country."

In the same way, the Nationalist Movement Party (MHP) has also criticized the AK Party for closing prep schools, yet previously proposed closing them and urged that they be transferred into private schools.

President Abdullah Gül approved the bill to close prep schools earlier this week. The bill demands that prep schools be closed and transformed into private schools by September 2015 in efforts to improve the country's education system and move it closer to global standards.

The bill has received criticism particularly from the Gülen Movement, which runs about 40 percent of prep schools in the country and benefits financially from the institutions.