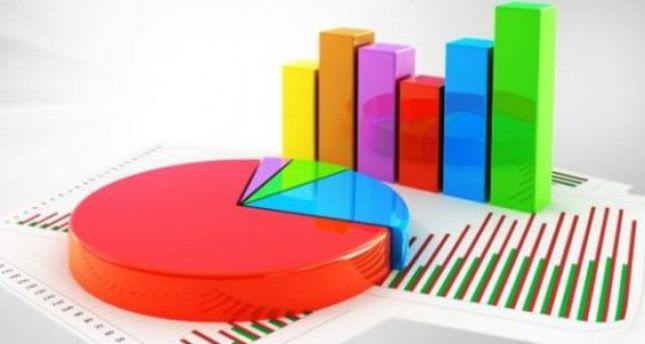 According to the respected ORC polling company, the ruling AK Party faces a tight race in Van in the east while it is expected to win by a landslide in the southeastern province of Şanlıurfa.

ISTANBUL – Polls conducted by the research institutions GENAR and the Objective Research Center (ORC) suggest that that the AK Party will be engaged in a tight race in Van, a city in eastern Turkey, while it is expected to win by landslide in Şanlıurfa, a city in the southeastern Turkey.

According to an ORC poll of 2,585 people in Şanlıurfa, AK Party mayoral candidate and former Şanlıurfa Governor Celalettin Güvenç is expected to receive about 43.5 percent of the vote while Diyarbakır's current mayor and Peace and Democracy Party's (BDP) Şanlıurfa candidate Osman Baydemir is expected to receive 30.2 percent. As a popular political figure, Baydemir received 65.4 percent of the votes in Diyarbakır in the 2009 local elections. A question as to whether there is an internal rivalry within the BDP has arisen after Baydemir was nominated in another city despite his popularity in Diyarbakır. Speaking to Daily Sabah, GENAR President İhsan Aktaş suggested that there could be two reasons for Baydemir's nomination in Şanlıurfa. "There could be an internal rivalry within the BDP and any conflict in Diyarbakır could cause his nomination in Şanlıurfa. Another reason could be that Baydemir is a popular figure in Diyarbakır and the BDP may aim to strategically affect residents' votes in Şanlıurfa," he said.

Aktaş noted that the AK Party has the upper hand in Şanlıurfa, but the BDP might aim to increase its votes with a strategic candidate. Polls indicate that the AK Party will be rewarded in the upcoming elections due to its investments in the city. Şanlıurfa's conservative public and Arab population have seen the city remain an AK Party fortress in past elections.

According to the ORC's poll in Van, AK Party and BDP candidates will be neck-and-neck in Van. Out of 1,710 people who were surveyed in Van, BDP candidate Bekir Kaya is expected to receive about 38.9 percent of the votes, whereas AK Party candidate Nuri Gülaçar is expected to receive 38.3. Republican People's Party (CHP) candidate Mehmet Kurukcu appears to be out of race in Van with 9.1 percent. In 2009, the Democratic Society Party (DTP), the precursor of the BDP, received 53.5 percent of the votes in Van whereas the AK Party garnered about 39.2 percent.

Since the AK Party came into power, it has made numerous investments to develop eastern Turkey and Van is one of the cities which has benefited from those investments. Considering the BDP's strong support in Van, critics say that BDP has the upper hand in Van. Regarding the AK Party and BDP's race in Van, GENAR's President İhsan Aktaş said, "Both the AK Party and BDP has popularity in the city. There will be a tight race considering the candidate of both parties."

Highlighting that incumbency has a huge impact in Van residents' voting habits, Muhlis Balık, a lawyer, said, "I will vote for the AK Party, but the AK Party chances to win in Van are slim. If the AK Party had nominated another person, who was locally influential and some local mistakes had not been made, the results could have been different. I assume that the BDP, having relatively better relation with locals, will win the elections in Van. The biggest mistake the AK Party made was its choice of candidate because the residents do not know him very well."