KRG oil export could begin within a month 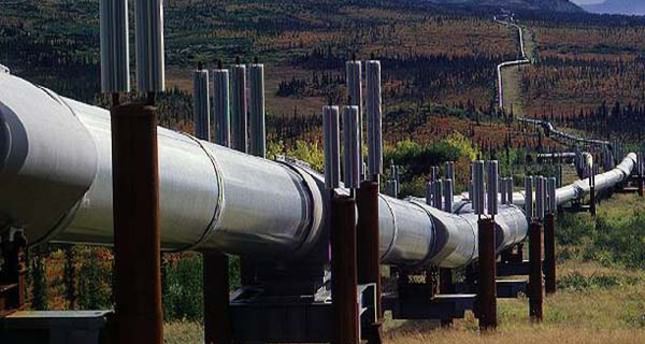 by Ali Ünal Mar 18, 2014 12:00 am
ANKARA – Energy Minister Taner Yıldız said yesterday that Turkey might have to start exporting Kurdish oil whenever the Ceyhan terminal reaches its storage capacity.

Speaking to a group of journalists during his election campaign in the central Anatolian city of Kırşehir, Minister Yıldız said: "About 1.35 million barrels of crude oil have been moved so far. In Ceyhan, we have a storage capacity of around 2.5 million barrels. Whenever we reach this storage limit, we have to decide about the next steps." The minister added that Turkey's Mediterranean export hub in Ceyhan might reach this storage capacity within a month. Yıldız reiterated his hope that Irbil and Baghdad settle on a revenue- sharing deal in a short time.

"I hope that Baghdad and Irbil settle their disputes and achieve a meeting of minds," he said. According to Yıldız, negotiations are only continuing over the system for distributing the oil revenue. While Baghdad demands that the State Organization for Marketing of Oil (SOMO) is used for oil trade, the Kurdistan Regional Government (KRG), wants to use the Kurdistan Oil Marketing Organization (KOMO).

According to a settlement between Turkey and the KRG, oil profits will be shared through one of Turkey's state-owned banks.

Minister Yıldız said that Turkey is keeping its firm stand on this subject, even though Baghdad clearly stated that it wanted the involvement of U.S. banks.

There is no absolute settlement. Negotiations are continuing over the system for distributing oil revenue. SOMO versus KOMO was the issue raised during visits we paid to Irbil and Baghdad in recent months. An important step has been taken to build that system. I assume that the final agreement between both parties will be settled in the coming days. The minister pointed out that the KRG and the Iraqi government is currently having a hard time economically because it could not get enough shares from the income generated from petrol and the central budget and added that drilled oil belongs to the whole of Iraq, and all the people of Iraq will benefit from the agreement. "Piping Iraq's oil to world markets and a permanent settlement regarding profits does not mean just oil, energy and profit for Turkey; we believe that the agreement will contribute to regional stability," he added. The central government and the Kurds differ over the interpretation of the Iraqi constitution's references relevant to the distribution of oil revenues. The U.S.-led invasion of Iraq in 2003 allowed the Kurds to control a 17 percent share of oil revenues, although Kurdish authorities frequently complain that they receive less than their rightful share. In October 2012, Kurdish authorities agreed to export an average of 250,000 bpd over 2013 if Baghdad agreed to compensate regional operators. Tensions increased as the Kurds stopped pumping oil via the Baghdad-controlled pipeline to Turkey, instead exporting smaller quantities by truck and claiming the revenue directly.