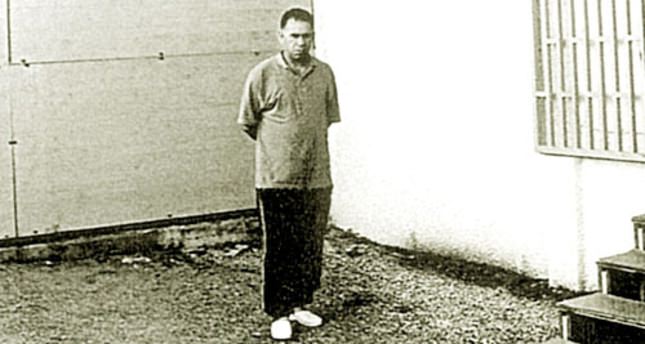 European Court of Human Rights finds Turkey guilty for keeping the leader of the outlawed PKK, Abdullah Öcalan, in isolation until 2009 but dismisses the complaint that he was being slowly poisoned

ANKARA – The European Court of Human Rights (ECHR) announced its decision yesterday in Strasbourg on a complaint by outlawed terrorist organization Kurdistan Workers' Party (PKK) leader Abdullah Öcalan, who is currently serving a life sentence without the possibility of parole in İmralı Prison.

The leader of the outlawed PKK terrorist organization filed a complaint with the ECHR about his prison conditions, social isolation and limits on phone communications, correspondence and visits. Öcalan also claimed he was gradually being poisoned in prison. The ECHR judges unanimously ruled that Öcalan's claim of being poisoned is "unacceptable." The court also ruled that Article 8 of the convention on the "Right to respect private and family life" and Article 7, titled "No punishment without law," had not been violated by Turkey. However, four judges out of seven ruled that Turkey violated Article 3, regarding the legality of Öcalan's detention until Nov.17, 2009.

A majority of the judges ruled prison conditions were also violated during the same period and decided that Turkey should pay the legal expenses of the complaint, which is 25,000 euros, within three months of the verdict's finalization. The European Committee for the Prevention of Torture and Inhuman or Degrading Treatment or Punishment (CPT) published a report last week detailing a CPT delegation's visit to Turkey from Jan. 16 to Jan. 17, 2013, which focused on İmralı Prison. According to the CPT report, the delegation received no allegations and found other evidence of ill treatment of prisoners by the prison staff at İmralı Prison. Moreover, the report states that inmates generally spoke favorably about the manner in which they were treated by the management of the prison and prison officers. The report also says that the CPT is pleased about the healthcare services at İmralı Prison and pleased recommendations repeatedly made on this subject following previous visits were implemented.

The cooperation of Turkish authorities throughout the visit was also praised in the report.