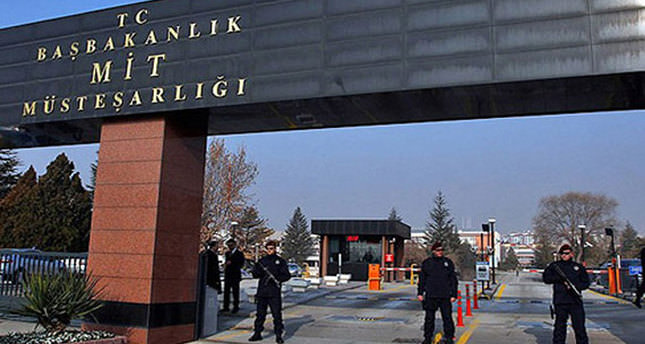 ISTANBUL – The head of the Turkish Intelligence Agency (MİT), Hakan Fidan supposedly met with the controversial leader of the Gülen Movement, Fethullah Gülen, at his compound in Pennsylvania last summer, according to Yeni Şafak daily. The meeting first came to public notice via statements made by Hidayet Karaca, a close associate of Gülen and director general of the STV media group. He implied in a televised broadcast that early last summer, intelligence chief Hakan Fidan flew to Pennsylvania to visit Gülen. Karaca criticized the government for being two-faced toward the movement. "According to a pro-government newspaper, they gave the Gülen Movement related documents to the Obama administration during Prime Minister Erdoğan's official visit to Washington D.C. But in the meantime, they came to us to solve the problems."

An intelligence source, speaking on the condition of anonymity, didn't refute the meeting explicitly but rather referred to the legal policy concerning this kind of contact. Without specifically commenting on the content of the meeting, the source said, "Hakan Fidan, as the head of the National Intelligence Agency [MİT], is authorized to contact illegal actors." The statement also hints that the Turkish spy agency considers Gülen the leader of an illegal organization.

The Turkish media reported that Fidan warned Gülen about his movement's activities and raised his concerns regarding the legal consequences of infiltration within the state. "[You must] try to be a [religious] community instead of acting like an [illegal] organization," Fidan was quoted as saying by Yeni Şafak, adding: "Don't break the law in order to gang up on the state. Gambling with the state to benefit a small clique may harm everyone." Yeni Şafak claimed that Fidan also detailed his cautions regarding the wiretapping of thousands of people including famous journalists, politicians, artists and businessmen from every profession by the Gülen Movement.

Fidan and the Gülenist clique inside the state have been in a struggle since a much anticipated dialogue process began with the Kurdish separatist organization the Kurdistan Workers' Party (PKK) in 2009. An allegedly Gülenist judge ordered the arrest of Fidan and four top intelligence officers in February 2012 because of the negotiations underway in Oslo, Norway. Various Gülenist commentators describe the peace and reconciliation process with the Kurdish separatists as treason against the state and unity. Many pro-government analysts cite the arrest order as a turning point for Prime Minister Recep Tayyip Erdoğan and his administration regarding the Gülen Movement's power within the state. Erdoğan also accuses the movement of conspiring against his government through the Dec. 17 operation that targeted the sons of cabinet members among others with corruption charges.

Today's Zaman, a well-known Gülenist English daily, was taking aim at Fidan by pointing to his Kurdish origins and connections. According to a news report, relatives of the intelligence chief from the eastern province of Van have shifted allegiance to the Kurdish opposition Peace and Democracy Party (BDP). Since the operation began, the Twitter account İhanet Süreci (Treason Process), allegedly belonging to the Gülen Movement, has been leaking voice recordings of officials from the BDP and blaming the government for allowing separatists to have control over the Kurdish-majority southeastern region of the country. The same account asserts that the PKK will declare its autonomy after local elections on March 30.