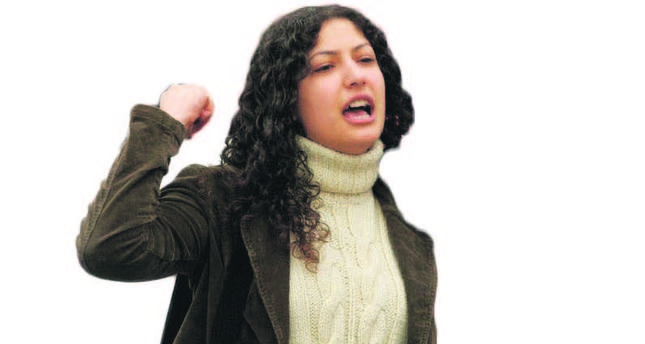 As politics in Turkey matures, women focus more on policies that affect their daily lives and support political parties that pledge improved rights and freedoms

ISTANBUL – With 10 days until Turkey's long-discussed local elections on March 30, Turkey's women are asking what the political parties' municipalities are pledging to promote regarding women rights across the country. Assessing the developments in terms of party pledges to promote women, Daily Sabah spoke to women who want to be included in all areas of social life in Turkey.

Starting their election campaigns with a pledge to increase the number of female candidates, Turkey's parties disappointed women with their mayoral candidates across the nation.

The main opposition Republican People's Party (CHP) nominated 46 female candidates for the upcoming elections. Harshly criticized by nongovernmental organizations dealing with women, politics and democracy, the CHP was accused of breaking its promise in terms of its female candidacy rates. In February 2012, the CHP approved new legislation to increase its female quota from 25 percent to 33 percent, but the female candidacy rates raised eyebrows when candidates were announced ahead of the upcoming elections. The Nationalist Movement Party (MHP) nominated one female municipality mayoral candidate in the eastern city of Hakkari and 25 female district mayoral candidates across the country.

As one of the most significant representatives of Turkey's efforts to uphold democracy, Turkey's women want to be included in every area of politics and society; therefore, they asked for more incentives to let women into Parliament. For the last 12 years of the AK Party rule, numerous developments have occurred to reinstate and defend women's rights in the country.

Accepted as the first step to include women into politics, the stance of women in society and their own families has improved. In 2003, family courts were established to fight against domestic violence. The police, judiciary and health personnel were educated to detect and prevent domestic violence. In 2004, the government's responsibility to ensure gender equality was first approved in Parliament with the "equal salary rates for equal work" legislation introduced into Turkish Labor Law. In 2009, the Committee on Equality of Opportunity for Women and Men was set up to evaluate the legislation and complaints.

Government incentives for female entrepreneurs have been improved in recent times, enabling them to set up their own jobs.

AK Party Istanbul Women's Branch President Özlem Topal made remarks concerning the AK Party's project on the rights of women and their social inclusion. Topal said: "Women's expectations for the local elections are not only related to their own rights but also related to stability in the country. They first demand is peace and development."

She highlighted the increasing number of female politicians in the AK Party and said, "We will include females in politics as much as we can."

Regarding the AK Party's previous project in the last 12 years, Topal stated that the AK Party improved social facilities for women both locally and nationally. "We built sports facilities, culture facilities and education centers even in the smallest districts in our municipalities. We educate women on issues that most interest them, such as guidance and counseling, child development and education and health education," she added.

In response to the question what Turkish women ask most ahead of the local elections, Topal said, "Women generally ask to learn more in regards to the legislation on 2/B - an abbreviation for land that no is no longer classified a forest in Turkey - and urban transformation."
Highlighting that local services are of utmost importance for women, Topal said that women's quality of life has improved, saying, "We aim to increase the number of working women in the country and let working women benefit from services that make their life easier, such as maternity leaves, breastfeeding breaks and municipality playschools."

She noted that the AK Party has never stopped serving the women of this country, and after the elections, it would continue to include women in both social life and politics.

When asked about the CHP's projects to promote women's rights, CHP Istanbul Women's Branch President Arzu Öner refrained from commenting due to her busy schedule.

Daily Sabah interviewed women living in Turkey to echo women's expectations and viewpoints ahead of the local elections.

Yasemin Kaplan, a 46-year-old housewife, said: "I will vote for the AK Party. In Turkey, there have been numerous developments in terms of women's rights that have increased female respectability. The abolishment of the ban on wearing hijab allows women to be included in the workforce. In my opinion, this huge step should be praised." She pointed out that the increase in the number of universities in Turkey has made it easier for Turkish women to enter universities since there is at least one university in each city in Turkey. She added: "Turkish women are more qualified now thanks to public education centers, and they can find jobs in accord with their qualifications. Yet, the sanctions against rape and domestic violence are still inadequate. I want strict regulations on these issues."

Beril Güzeldere, a 24-year-old working woman said: "I am not sure which party I will vote for, but neither the opposition parties' pledges nor the ruling party's projects in terms of women's rights are satisfactory. I do not support the government's sanctions on the abortion issue in Turkey. Sanctions to curb violence against women are not satisfying enough, either."

Praising the government's projects to protect the rights of working women, Cansu Tancıoğlu said: "I will vote for the AK Party. For example, when I became pregnant, nobody could fire me thanks to the new legislation. I also had a break for breastfeeding; these are significant developments for working women like myself."

Sevgi Çalışkan, a 33-year-old professional, said, "I will vote for the AK Party. The biggest step taken for women was the abolishment of the ban on wearing a hijab. Since the abolishment, I can work in a position that I deserve rather than one much below my qualifications and salary expectations, as a woman wearing hijab. As a result, I have gained financial independence during the AK Party's ruling period."