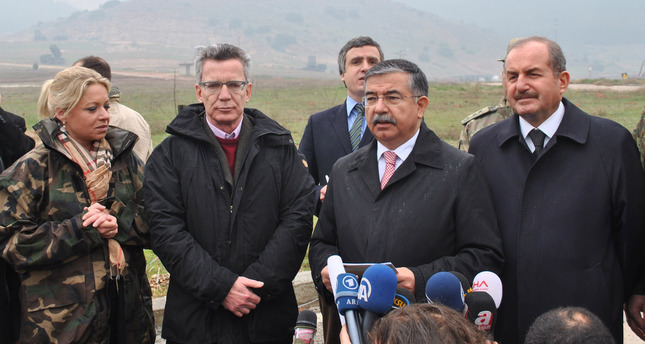 Speaking at a reception, Leyen expressed her appreciation to the Turkish and German soldiers stationed to oversee the Patriots. "German soldiers are here to protect one of our allies, Turkey," she said. "We show our support to Turkey because Germany has owed Turkey, ever since Turkey took sides with Germany to join NATO."

Touching on the Syrian Civil War, Leyen praised Turkey's efforts to host 170,000 Syrian refugees since the civil war erupted. "Turkey plays a fundamental role because accepting those refugees and letting them adapt to society is a heavy burden," said the German defense minister.

Leyen also addressed the German soldiers deployed to the region and stated, "You represent the modern federal armed forces here and play significant roles in the process."