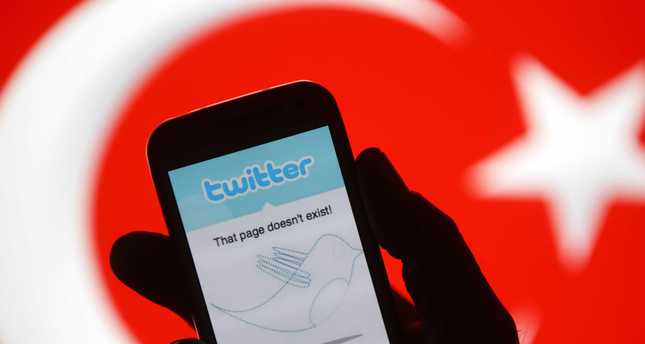 The four-day-old Twitter ban, which is flouted by many, continues to cause debate in Turkey, while the social media site starts closing accounts that were found guilty by courts of violating the rights and privacy of citizens

ISTANBUL — Access to Twitter is still blocked in Turkey after the Turkish Telecommunications Authority shut it down last Thursday on the grounds that the micro-blogging website failed to abide by court rulings. The incident has received support and criticism from different members of the public, with many people attempting to gain access through the use of different DNS numbers and VPNs. The closure is criticized by some individuals who argue it aims to restrict freedoms while some twitter users agree with the government.

Sena Kaleli, a Republican People's Party (CHP) parliamentarian from Bursa, told Daily Sabah she believes the closure goes against modern legal norms as punishment is imposed on Turkish people as a whole rather than on individuals. "This closure was a starting point to discipline society in the future," said Kaleli, who claimed that the Turkish state was responsible as Twitter and many international organizations have no confidence in the way the Turkish legal system works. "We should first improve our own image before we expect them to respect us," Kaleli continues, also pointing out that Twitter isn't justified in its ignorance of Turkish laws and regulations.

Yelda Ulaş, a student at Istanbul University, stated that such bans contradict democratic ideals. "It is difficult for the government to draw a line on when to stop," Ulaş noted, adding that the ban was not really useful as many people, including her, have found other ways to access the website.

Social media expert Zorluhan Zorlu expressed in one of his tweets that Twitter had failed to respond to the needs of nation states throughout the world. He claimed international laws regulating global technology corporations' relations with states were insufficient as Twitter acts in accordance with U.S. laws and this has caused tremendous trouble in France, for example.

The Turkish government argues that the closure was a preventative measure aimed at putting pressure on Twitter to respect court rulings and protect personal privacy. The government strongly denies any claims that it is limiting freedoms and censoring the Internet as the AK Party government has widely encouraged the use of the Internet since 2002. The total number of broadband Internet subscribers has increased to 34 million from 20,000 in 2002, while the fiber optic network has quadrupled from 228,000. The AK Party claims the government does not aim to limit individual freedoms or restrict access to the Internet or Twitter, as evidenced by these figures; rather the government specifically aims to prevent people exploiting opportunities provided by the Internet and harming citizens and the country as a whole.

According to the AK Party, perpetrators have systematically attacked personal privacy and security, and Twitter has failed to impose sanctions on perpetrators. Supporters of the closure also claim Twitter should acknowledge the notion that whatever is a crime in real life should be considered a crime online, as the website has ignored hundreds of court rulings since January to suspend and close certain accounts violating legal principles. Proponents of the closure also point to instances when governments throughout the world prevented the spread of content posing a direct risk to national security and violating personal rights through the use of social media channels and there is a significant increase in the number of requests made by governments to remove content they deem illegal. For example, the United States has made 59 percent of requests worldwide to access user data, followed by Japan with 15 percent and France with 4 percent.

On the other hand, there has been a five-fold increase in the number of requests made by governments and agencies to remove content based on grounds that it is illegal. In the second half of 2013, 305 of the 365 requests came from France, whereas only two came from Turkey but Twitter largely ignored the requests coming from Turkish authorities. Minister of Finance Mehmet Şimşek recently stated that he is not pleased with the closure but at the same time he wishes that "Twitter had responded to the requests of Turkish authorities the same way it responds to the requests of the British or American authorities." In response to a question that the closure of Twitter was intended to cover up the spread of content related to corruption files, Şimşek stated that they are unfounded because the same content could easily be spread through other social media platforms such as YouTube and Facebook. Twitter immediately assigned representatives after a court ruling ordered the closure of the website. The company also removed a fake account which victimized a woman in Samsun through the sharing of obscene material under her name.