Residents grade their mayors ahead of March 30 elections 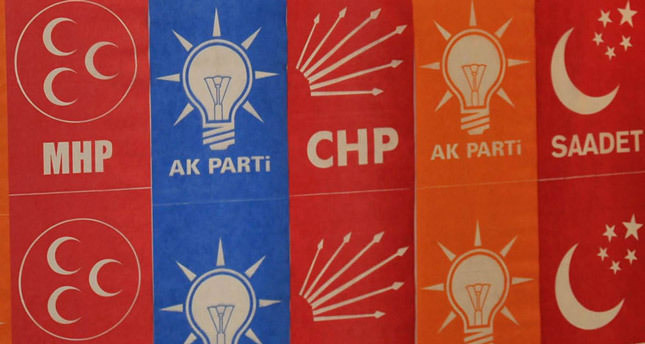 The Ankara-based Objective Research Center lists mayors who are most liked by their voters, taking into consideration their outreach to residents, personal successes and municipality services in cities

ISTANBUL— As Turkey has entered the final week before the local elections on March 30, Ankara-based Objective Research Center (ORC) listed the performance of 16 municipality mayors in terms of their approach, personal success and communications with the public in the last five years through the Computer Assisted Telephone Interviewing (CAT) of 13,800 residents in those cities.

Experiencing tight races among mayoral candidates, voters in Turkey's critical cities for the election, which are Istanbul, Ankara, İzmir, Diyarbakır and Antalya evaluated their current mayors. In the capital city of Ankara, Justice and Development Party (AK Party) voters evaluated the performance of Melih Gökçek, current mayor and AK Party candidate for a fifth consecutive term. Of the AK Party voters surveyed, 58.5 percent deemed Gökçek to be successful. Since he was elected in 1994, Gökçek has continuously been re-elected.

Compared to the 2004 local elections in which he received 55 percent of the votes, Gökçek experienced a drop in the 2009 elections, receiving 38.2 percent of the votes. Speaking on a TV program recently, Gökçek said the reason behind his decrease in votes in 2009 was because his candidacy was announced by AK Party just a day before the deadline for delivery of the candidate list. As the residents praise their mayor's services in the capital according to the figures, Ankara municipality authorities spoke to Daily Sabah and stated that the city has seen development in terms of transportation, planting and urban planning.

They said even though it is located in central Anatolia, Ankara has assumed the title of "the greenest city center in Turkey," and it was awarded the European Prize - given to cities that set an example in terms of environment and social and cultural facilities in 2009. Describing its significance with the statement, "Who wins Istanbul, wins Turkey" since the city is kind of a determinant of election results in every election period, Istanbul incumbent and AK Party candidate Kadir Topbaş is considered to be successful in terms of his approach and personal interaction with Istanbulites by 57.9 percent of the AK Party voters.

Promoting his services and communications ahead of the elections with "Istanbul has Uncle Kadir" banners around the city, Topbaş seeks to ensure his third consecutive term. Compared to the 2004 local elections in which he was elected with 45.3 percent of the votes, Topbaş has experienced just a slight change, keeping 44.2 percent of voters. Speaking in an interview, Topbaş talked about the latest development in his mayoral period and said that Istanbul's roads, crossroads, bridges and cleaning system have been improved in accordance with the aesthetics of the city. He said that the environmental plan of the city was set up during his time in office. He said that hotels, convention centers, galleries, stadiums and museums in Istanbul have been renovated to attract more tourists to the city. He also noted that the transportation problems in Istanbul have mostly been solved through the Marmaray undersea railway project passing through the Bosphorus, bus rapid transit system (BRTS) and newly added metro lines.

In Turkey's northwestern city of Eskişehir, current mayor and Republican People's Party (CHP) mayoral candidate Yılmaz Büyükerşen is considered successful by 52.3 of his voters. Since he was elected as the mayor of Eskişehir from the Democratic Left Party (DSP) in 1999, Büyükerşen has continuously won the mayoral race in the city. In the 2004 elections, Büyükerşen garnered 44.7 percent of the votes and increased his support in the city to 51.5 percent in the 2009 local elections. Eskişehir residents praise him, as Büyükerşen has made investments in the city in terms of social and cultural facilities, transportation and energy generation from wastewater.

One of the country's top tourist destinations, the southern city of Antalya, is witnessing a tight race between AK Party deputy chairman and Antalya municipality candidate Menderes Türel and Antalya incumbent and CHP candidate Mustafa Akaydın. According to the residents of Antalya, 42 percent find Akaydın successful, as he ranked 10th out of the 16 mayors evaluated. In a telephone interview, CHP Antalya Deputy Gürkut Acar described Akaydın as one of the most successful mayors in Turkey and said that Antalya residents are happy with their mayor and the results will definitely be in favor of the CHP. Acar claimed that Akaydın made investments in Antalya to solve its traffic problems with a "master traffic plan."

A western metropolis of Turkey, İzmir, will experience a tight mayoral race between AK Party candidate and former Transportation Minister Binali Yıldırım and incumbent CHP mayoral candidate Aziz Kocaoğlu, as Yıldırım had invested much in road and transportation when he was a minister. According to the figures, 38 percent of those surveyed said Kocaoğlu was successful and ranked him 14th on the performance list of mayors.

In the 2009 elections, İzmir elected Kocaoğlu as mayor with 54.1 percent. Although Kocaoğlu's approach has been praised by certain residents, Turkey's third largest city has been suffering from infrastructure and transportation problems for a long time, and critics say that limited municipality services in İzmir have led residents to search for a candidate who pledges to increase city services. The Kurdish-majority southeastern city of Diyarbakır, elected Kurdish-based left wing Peace and Democracy Party (BDP) candidate Osman Baydemir as mayor for two consecutive terms. In the 2004 local elections, he garnered around 58.6 percent of the votes and increased his votes to 64.9 percent in 2009. Now, he has been nominated by the BDP in the southeastern city of Şanlıurfa for the upcoming elections. 39.2 percent of those surveyed in Diyarbakır deemed Baydemir's performance successful.