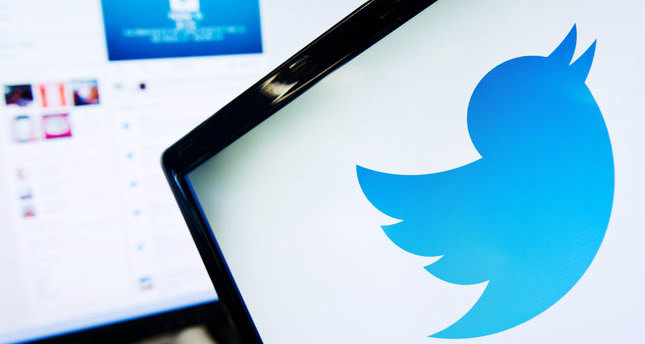 An administrative court suspends the Telecommunication Authority's (TIB) decision to ban Twitter. Now all eyes turn to TIB's next move.

ISTANBUL – An administrative court in Ankara suspended the decision restricting access to Twitter. The decision to block the social networking website was made by Turkey's Telecommunication Authority (TİB) last week.

The Union of Turkish Bar Association, Turkey's Journalists Association and the Deputy President of Nationalist Movement Party's (MHP) Oktay Vural applied to court to suspend the ban, arguing the restriction was applied on Twitter as a whole rather than only toward certain links that are in violation of privacy.

TİB is required to abide by the court rule when the verdict is issued. "We have to obey the court's rule as a requirement of the Constitution," said Deputy Prime Minister Bülent Arınç. "TİB must also obey the verdict and do what is required." He pointed to the contributions his government made to secure Internet access for thousands of Turks. "The AK Party invested in Internet more than any other government," he said. "There are approximately 40 million Internet users in Turkey. When we came into power, this figure was 20,000 only. We respect freedoms and rights. However, it must be known that any behavior considered a crime in the real life is also a crime on cyberspace. Facebook is used by millions of Turks and there is no ban. But Twitter must respect our laws."

AK Party's Istanbul Deputy Bülent Turan said, "We have been struggling with prohibitions restricting freedom of speech since we came to power in 2002. We would not support the access restriction on Twitter. Yet, Twitter must recognize the rules of Turkish courts. It is also clear that the court which abolished TİB's decision did not receive TİB's defense.

Therefore, TİB may object to the decision. We hope that Twitter will treat Turkey equally with other countries after this process." Turkey restricted access to Twitter after the microblogging site neglected to comply with a number of court orders mandating the removal of offensive content violating personal rights and privacy.

While the ban is criticized by a number of people who claim it limits freedom of expression, officials demanded Twitter to open an office in the country, follow court rulings and pay taxes for tens of millions of dollars in ads that are generated in Turkey. While the social media giant strictly complies with financial and administrational rules in the United States, the United Kingdom, and France, it turns a blind eye to laws and regulations in Turkey and refuses to open a branch or pay taxes.

According to Deputy Prime Minister Emrullah İşler, Twitter is trying to avoid fulfilling its financial and legal responsibilities. "Twitter is obliged to implement court rulings," said İşler, who said the government encouraged Twitter to open an office in Turkey.

Besides the United States, Twitter has branches in 14 other countries. The company registered in the U.K. in 2011 and has been widely criticized for failing to comprehensively integrate into the British taxation system.

For instance, Helen Goodman, a member of parliament from the Labor Party, claimed Twitter has not paid any taxes to the British government, while Facebook paid 238,000 pounds [TL 865,676] and made 175 million pounds off of advertisements in the country.

Many criticize the company for refusing to comply with laws and tax regulations of non-Western countries in which they operate, contradicting the liberal ideals companies such as Google, YouTube and Twitter claim to promise for societies.

Prime Minister Recep Tayyip Erdoğan points out Turkey is not the only country that demands the removal of content and a majority of such requests come from France, with 305 out of the total 365 request. Erdoğan also claimed Twitter "turned a blind eye" to the requests of the Turkish legal system and victimized a number of citizens, disrupting society.

"It is our duty to protect the laws of Turkey and rights of our citizens," said the prime minister, who stated that Turkey was not a banana republic and social media giants should respect the regulations in the country, particularly if their website is becoming a medium for spreading hatred, racism, violence and unlawful acts.

In his latest opinion piece published in Forbes magazine, journalist and lecturer at New York University, Tom Watson pointed out Twitter is a "vast American cultural spigot" infusing American values on other cultures, and many argue this is the sole reason why Twitter refuses to take into consideration the laws and regulations of other countries.