Kılıçdaroğlu, resigns or not? 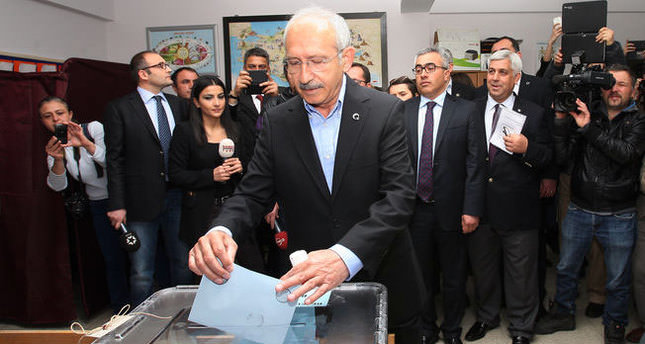 by Mar 31, 2014 12:00 am
ANKARA — After being defeated in Ankara and Istanbul in the local elections, in-party chaos has already begun to suffer in the main opposition party CHP, as rumors ensue. Rumors of CHP leader Kemal Kılıçdaroğlu's resignation is now a hot topic on Social media.

Following the final announcement of the election results, Kılıçdaroğlu has yet to make any comments on TV. Whereas the party's Istanbul mayoral candidate Mustafa Sarıgül, who was shown as a strong candidate for party leadership by some critics, made a statement in representation of the main opposition party.

According to sources, within the party there are claims circulating that CHP leader Kemal Kılıçdaroğlu has resigned from his position. However, other in-party sources are also denying these rumors.

According to reports, Kemal Kılıçdaroğlu, the leader of Turkey's main opposition Republican People's Party (CHP), has denied the rumors to reporters that he will resign because of his party's performance in the local elections.