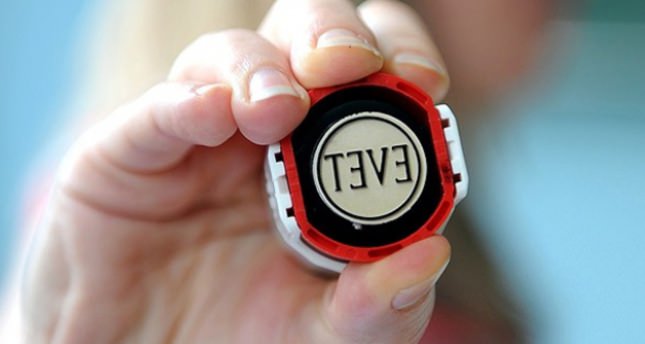 by Abdülkadir Karakelle Mar 31, 2014 12:00 am
ISTANBUL — Over 52 million citizens cast their ballots in Turkey's local elections yesterday to vote for mayors, municipal council members and other local officials. The financial cost of the local elections is estimated at TL 400 million.

Twenty-six political parties competed to win the elections, while approximately 54 million electorates participated in the voting process for over 30,000 candidates running as mayor, 618,000 running as members of 3,122 local councils and 34,075 candidates running as members of provincial councils. While it was expected that the elections would generate over $6 billion (TL 13.1 billion), the state spent around TL 400 million covering the cost of running 199,125 polling stations. It was estimated that one out of 70 people ran for local elections. About 4 million were assigned to work as ballot box officials. While the ballot box president will receive three days of pay, ballot box members who have received training will receive two days of pay, whereas those without training will receive a daily payment along with representatives of the political parties who are assigned as ballot box officials. Those who were assigned as ballot box officials by political parties refrained from wearing any symbols representing their political party or ideologies in order to provide a neutral atmosphere at polling stations.

Candidates spent over TL 1 billion on their campaigns and it was estimated that each candidate running for mayor spent an average of TL 100,000, while this number could reach millions of lira for candidates running in large cities depending on their campaign material, including visual and printed media, along with Internet ads. Experts noted that television ads were the most effective yet expensive way to reach millions of people, and social media was also used on a large scale. This year, three major parties, including the AK Party, the Republican People's Party (CHP) and the National Movement Party (MHP) received a total of TL 315.7 million in government funding; double the regular amount for the local elections, according to the Ministry of Finance. The funding was distributed in proportion with the amount of votes each party received in previous elections.

Experts also evaluated the economic implications of local elections and their outcomes. In an interview with Daily Sabah, economist Dr. Burak Arzova spoke about the potential economic repercussions of local elections on the Turkish economy. Noting that there is a serious and positive increase in the market in line with the potential AK Party victory, Arzova said the results of local elections would draw foreign investment to the country while highlighting the fact that there was a remarkable increase in the market and hot money flow following the previous elections. He also predicted that elections would have a positive effect on the flow of finances and the market. Noting that growth rates announcements will also have a positive impact on the economy, Dr. Arzova pointed to the upcoming presidential elections this summer and stated that it will enable Turkey to begin a brand new chapter.

Economist Hikmet Baydar noted that the atmosphere of local elections resembled that of general elections due to the turbulent period following the Dec. 17 operation. "Foreign financial institutions have conducted public opinion polls prior to the elections," said Baydar, who noted that the resulting political stability will be reflected in the economy.

On the other hand, economist and academician Dr. Kerim Alkin explained that the markets should be evaluated in their own political course in terms of local elections and noted there will be a crucial microeconomic restructuring period enhanced by democratization packages introduced by the AK Party in efforts to bring permanent stability.

Ömer Cihad Vardan, a businessman, president of Economic Development Foundation and fourth term president of Independent Industrialists' and Businessmen's Association, spoke to Daily Sabah about the results of local elections. "Some malevolent people thought that this local election is an opportunity to teach a lesson to the AK Party. That was the reason for political tension before the election," Vardan said. Remarking that trust is the basis for a healthy economy, Vardan said, "We have gone through a period with evil-minded political and economic operations since May 2013 aiming to build a negative perception toward the Turkish economy. I want to highlight that the AK Party will cover the economic damage of the operations with new macro and micro economic regulations to be done with the support of political stability."