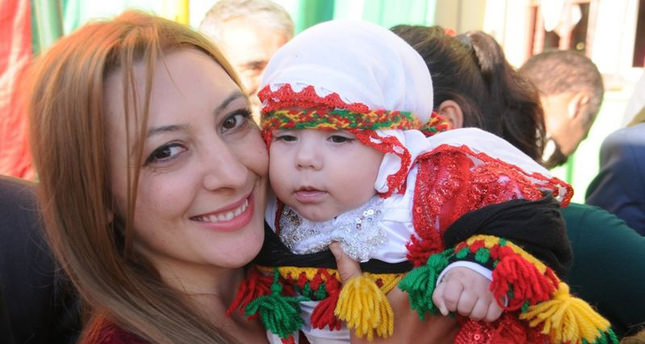 by Daily Sabah Apr 01, 2014 12:00 am
Winning as a co-mayoral candidate for the Peace and Democracy Party (BDP) in the town of Cizre, located in the southeastern province of Şırnak, Leyla İmret has become one of the youngest mayors to ever serve the country. Furthermore, at 27 years of age, Leyla İmret was elected in Sunday's polls with a record 83 percent of the vote.
İmret, who grew up in Germany, ran in Sunday's polls as a BDP co-candidate with Kadir Konur.
Yet another young female mayoral candidate for the BDP won by receiving yet another record 89 percent of the vote in the southeastern province of Diyarbakır's Lice district. At just 25 years of age, Rezan Zuğurli, who is currently a university student, was the victor in Sunday's municipal vote for the position of Mayor of Lice.