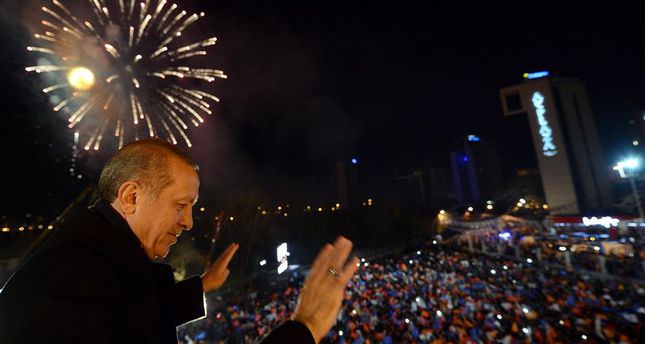 After the wiretapping scandals and revealation of the Gülen Movement's infiltration, the government is preparing to launch an operation. Sources claim the operation will target those behind the scandals

ANKARA — Since Dec. 17 last year, Turkey has faced a great number of serious events that caused political tension and cost the economy billions of dollars. The leaking of illegally wiretapped conversations of a senior-level meeting at the Foreign Ministry about the country's strategy to protect the Suleiman Shah tomb, a Turkish enclave in Syria under threat from the al-Qaeda-linked Islamic State of Iraq and the Levant (ISIL), was the most recent in a series of incidents, causing a major national security threat for the country. A few weeks earlier, Turkish media outlets published the country's most expansive eavesdropping scandal.

The phones of about 3,000 journalists, politicians, intellectuals and others were illegally wiretapped under the guise of an investigation into the imaginary Selam Terror Organization. Furthermore, Prime Minister Erdoğan's phone conversations were illegally tapped and given to media outlets after modification.

Media outlets claimed that people linked with the Gülen Movement were behind all these scandals. According to sources in Ankara, legal proceedings against those responsible for the wiretapping scandal are almost certain. However, the sources assured that the operations concerning national security would not turn into a witch hunt.

Expectations of legal proceedings mounted with Erdoğan's balcony victory speech on Sunday night. "How can you threaten our national security? Can we remain silent about such a thing? But these traitors wiretapped this meeting and leaked it to the world," he said. Erdoğan also stressed that the operation will remain within the law: "They entered our institutions over 35 to 40 years ago. They infiltrated wherever. We became the victim of our good intentions. Now it is time to comb them out, within the scope of law."


Moreover, Deputy Prime Minister Beşir Atalay stated on Tuesday that serious evidence has been gathered regarding the organization referred to as the "parallel state" within the state. Atalay underlined the government's sensitivity and determination on the issue and added that "There are ongoing investigations into the police force, judiciary and Telecommunications Authority (TİB). Inquiries are growing apace and will be fought with determination against this structure." In line with Erdoğan and Atalay, Foreign Affairs Minister Ahmet Davutoğlu also underlined that Turkey would use all legal domestic means to combat the parallel structure formed within the state and succeed in ridding the state of its influence. "Parallel structure" is a term used by many government officials to imply the Gülen Movement's infiltration of state institutions like the police and judiciary.

On the other hand, recent statements by people linked to the Gülen Movement support suspicions that the movement was behind all of the wiretappings and leaks.

Gülenist daily Zaman columnist and a significant figure in the movement, Hüseyin Gülerce, admitted in an interview that the Gülen Movement has made errors from the start.

According to Gülerce, the movement staged a war against the prime minister of the Turkish Republic. They have been slinging insults at the prime minister ever since the start of the Gezi protests. Moreover, police commissioner and academic Emre Uslu, who is currently outside of Turkey, stated yesterday that he will remain abroad due to the possibility of being accused of leaking the wiretapped conversation of a senior-level meeting at the Foreign Ministry.