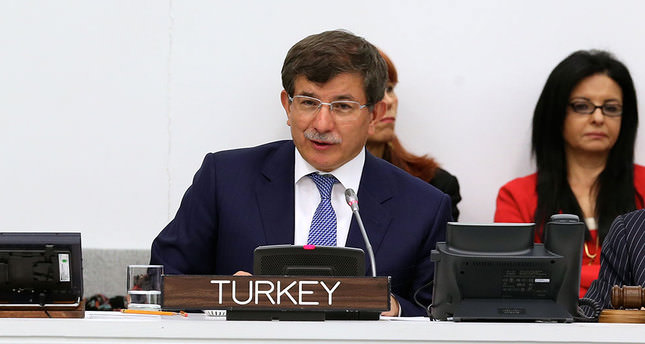 The session, held at the UN headquarters was dedicated to strengthening the efforts of the United Nations General Assembly (UNGA) in crafting the post-2015 development agenda.

The Turkish Foreign Minister said defining sustainable development goals is one of the most important processes of the last 15 years and has the full support of the Republic of Turkey.

The post development agenda dominated the meeting. The alliance strives to build bridges between diverse cultures and to promote dialogue. It emanates from the belief that dialogue and respect for diversity are crucial elements for building peace and tolerance based on economic growth and sustainability.

Economic growth brings employment, wealth and prosperity "which are essential for a genuine peaceful co-existence," Davutoğlu said, stressing that all development efforts "should be human centered."

The Turkish minister said Turkey has strived for "investing in this unbreakable bond between peace and development." Turkey is strongly advocating to the least developed countries (LDC) that "underdevelopment should not be a destiny for any country," particularly in Africa.

At the same time, TIKA, the Turkish development agency is represented in 32 countries, including nine in Africa, with 35 coordination offices world-wide.