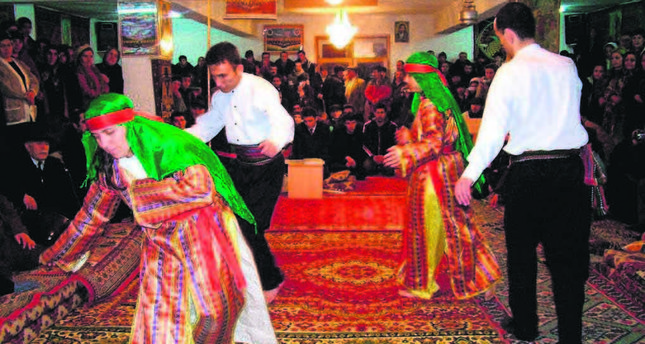 The government will implement a new reform package aiming to create solutions for the Alevi community's problems, including the long-debated status of "cemevis," a house of gathering for Alevis

ANKARA — The government has been working on a reform package that will meet the expectations of different social groups, according to sources close to the Prime Ministry. Sources claim that the administration will announce its reform agenda in the coming days. The package is intended to "reinvigorate Turkey's reformist image abroad and remedy the damage from the Dec. 17 operation within," one AK Party official said. The package will include significant steps to address the long-standing concerns of the Alevi population within the country's borders.

The common claim made by a variety of groups in the Alevi community involved in this struggle is that they seek public recognition of the Alevi identity and institutions and acknowledgement of grievances caused by the Turkish state.

Reforms related to the Alevi population had been expected in the democracy package that was announced by Prime Minister Recep Tayyip Erdoğan in September last year. However, the only measure for them was the decision to rename Nevşehir University as Hacı Bektaşi Veli University after a 13th century prominent Sufi. Government officials stated that a separate package aimed at resolving the Alevi community's problems was under preparation.

In previous years, Justice and Development Party (AK Party) governments have undertaken a series of steps to understand and respond to Alevi identity-based claims.

Popularly known as the "Alevi opening" in 2010, the process is the first systematic effort to deal with the identity-based discontent of the Alevis. This step was also part of the broader policy of the "democratic opening," which intends to address the burning problems of various identity groups in Turkey (the Kurds, Alevis, religious minorities and the Romanis). The government holds meetings with several Alevi associations to listen to their problems and note their proposals.

Moreover, Prime Minister Erdoğan visited a cemevi and became the first Turkish prime minister to visit one and also the first Sunni leader to visit Ali's mausoleum in Iraq. Furthermore, Erdoğan offered a public apology for the 1938 massacre of thousands of Alevis in the southeastern province of Tunceli during the single-party period of the Republican People's Party (CHP).

Sources claim that the government is determined to bring about solutions to the current problems of Alevi citizens. According to sources, the key point in the reform package will be the status of cemevis and tangible measures will be announced in the coming days regarding this matter. Currently, the cemevi, which literally means a house of gathering, is not officially acknowledged as a place of worship despite persistent demands on the matter from the country's Alevi community.

The official status of cemevis in Turkey is directly linked with the state's perception of Alevism. The other dimension of the issue is the legal aspect regarding the law that closed down dervish lodges in 1925. According to that law, only mosques and masjids are protected while all dervish lodges were shut down. In addition, religious titles - specific to the Alevi and Bektashi faith - such as "dede," "baba," and "çelebi" were banned. According to officials, any solution produced without seeing those regulations will lead to new and greater problems; therefore, comprehensive solutions are necessary.

On the other hand some members of the Alevi community believe that the Gülen Movement's recent Cemevi Mosque project led to a loss of confidence between the Alevi community and the government and manipulated the ongoing reform process. Last September, a mosque and cemevi side-byside project was celebrated in Tuzluçayır, a suburb of Ankara. The project was initiated by the Gülen Movement and seen as a step toward Sunnification by many Alevis, and the celebration was overshadowed by angry street protesters who clashed with the police.

While the protests were continuing, Deputy Prime Minister Bekir Bozdağ told the press, "This was not a government project; therefore, the criticism that the government is trying to assimilate Alevis is not fair."

Alevis are the second largest religious faith community in Turkey. However, language, belief and ethnic background is not registered in the national census; therefore, it is not possible to have official statistics about the number of Alevis. On the basis of reliable academic research, the population of Alevis is estimated at approximately 20 million out of a total population of 77 million in Turkey. An Alevi is one who follows the faith of Alevism. As mentioned, the concept of Alevism is a broad concept that covers various ethno-cultural communities that have their own communal names such as Alevi, Bektashi, Kızılbaş, Tahtacı, Nusayri and Abdal, all within the general concept of "Alevi."

It is not possible to locate Alevism in either Shi'ism or Sunnism - the two main branches of Islam. Over its decade-long tenure, successive AK Party governments undertook extraordinary reforms in Turkey. With the new reform package, the AK Party would like to regain momentum before the upcoming presidential election and restore ties with the Western world.