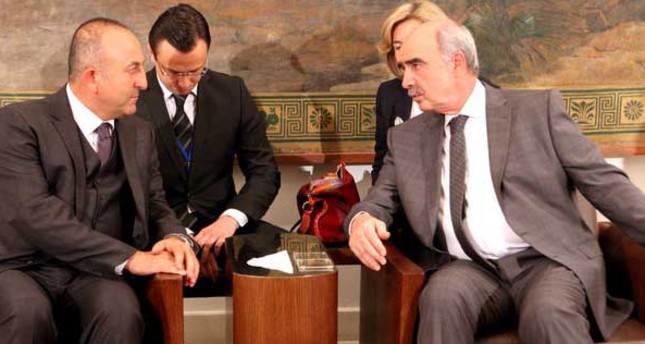 by AA
Apr 04, 2014 12:00 am
ATHENS — Turkey's EU Minister Mevlüt Çavuşoğlu urges for progression in Turkey and Greece relations Friday in Athens. Çavuşoğlu stressed the importance of dialogue between the two countries after his meeting with Greek Parliament Speaker Evangelos Meimarakis in Athens on the sidelines of the EU foreign ministers informal meeting.

EU Minister Mevlüt Çavuşoğlu expressed gratitude to Greece for its support to Turkey's EU accession and acknowledged that Greece has other priorities to deal with other than Turkey's accession during its rotating six-month EU presidency.