This year is an 'opportunity' for EU membership 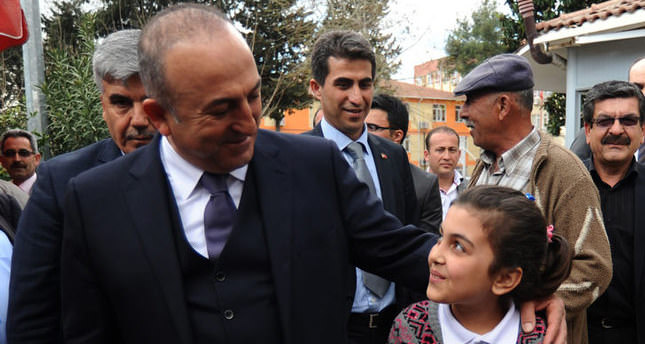 by AA Apr 08, 2014 12:00 am
STRASBOURG — Turkey sees 2014 as a year of opportunity to advance its EU membership bid, Turkey's European Union Minister and Chief Negotiator Mevlut Cavuşoğlu has said.

Cavuşoğlu said on Monday diplomatic efforts were ongoing in the EU accession process, which he said he hoped would be accelerated and completed as soon as possible.

"The first step is the negotiations. Next comes the harmonization process of legislation and practices. The final step will be a referendum where all EU citizens as well as Turkish people will be able to say yes or no to Turkey's EU membership," he explained during his visit to the office of TUMSIAD, a Turkish businessmen's association, in Strasbourg.

Cavuşoğlu is in the French city to hold official talks at the European Council and receive the honorary presidential medal of the Parliamentary Assembly of the Council of Europe (PACE).

The first Turkish politician to head PACE, Cavuşoğlu was unanimously chosen as the body's honorary president on March 7.

Cavuşoğlu had said last week the EU was "not enthusiastic" on moving the talks forward for full membership.

"We see that our hopes about opening of chapters will not be met," he had told journalists in Athens following a meeting of EU foreign ministers.