US Envoy: Gülen may be extradited 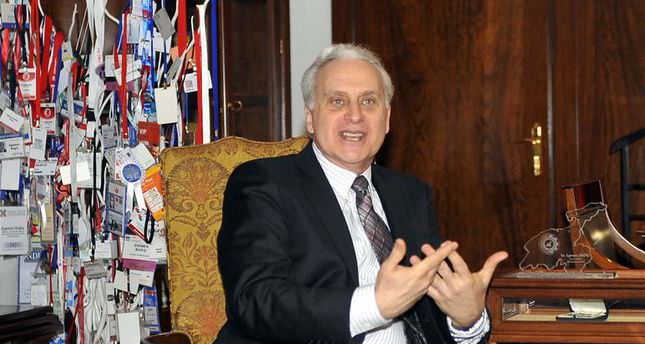 U.S. Ambassador to Turkey Francis Ricardione, said his country would respond to any legal issues when asked if the head of the controversial Gülen Movement, Fethullah Gülen could be extradited back to Turkey

ISTANBUL — In an interview with Hürriyet newspaper, U.S. Ambassador to Turkey Francis Ricciardone spoke about the Gülen Movement, which infiltrated police and judiciary of Turkish government and Fethullah Gülen, the head of the movement who is living in a self-imposed exile in Pennsylvania for the last 14 years.

Responding to questions about Gülen and whether he would be extradited by Washington, Ricciardone said that the U.S. government will respectfully and seriously respond to any request regarding legal issues.

He highlighted the United States' respect for Turkey and that it will not intervene in Turkey's internal affairs. When asked his opinion about the remarks of State Department Spokeswoman Marie Harf when she referred to Fethullah Gülen and said, "Forget about the gentleman living in Pennsylvania," Ricciardone echoed her sentiments.

He pointed out that talking about a Turkish individual living in U.S. is a distraction from the serious matters on which the countries would rather focus. Ricciardone highlighted that there is no relationship between the U.S. and the Gülen Movement, and the U.S. only has official relationships with states.

Denouncing the Gülenist wiretapping scandal that affected hundreds of key figures in the Turkish government, he said, "When one's privacy is violated, it makes you feel both hurt and angry. It is very creepy."

Regarding Prime Minister Recep Tayyip Erdoğan's remarks on Gülen-affiliated journalists who supported black propaganda against the government and Erdoğan himself, Ricciardone offered the Wikileaks case involving Pvt. Chelsea E. Manning as an example and said, "The court found him [sic] guilty of betraying properly classified national security secrets. He [sic] was sentenced to prison and is serving a life sentence."