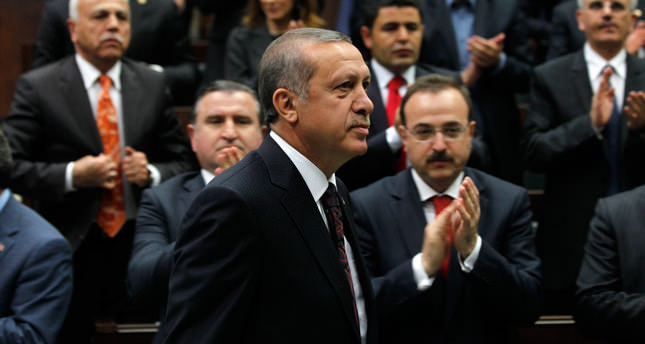 An unknown person hit Kemal Kilicdaroglu as he was headed toward the group meeting hall of his Republican People's Party (CHP).

"This is not a correct way of behavior in a democratic parliamentary system," Recep Tayyip Erdoğan told journalists after the ruling AK Party's group meeting at the parliament.

"We never appreciate these kinds of actions and strongly condemn the attack."

Stating that all necessary actions will be taken against the attacker, Erdogan then received a delegation of Swiss lawmakers and a group of members of the Union of European Turkish Democrats (UETD) at his parliament office.

The meeting was closed to the press and lasted around an hour.