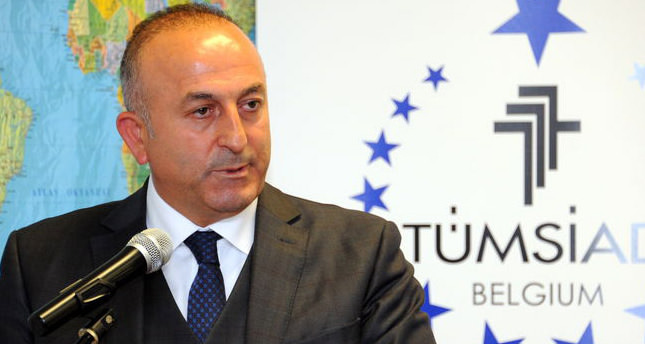 by AA Apr 10, 2014 12:00 am
BRUSSELS — Turkey's EU Minister and Chief Negotiator Mevlüt Çavuşoğlu has called for a halt to racist, xenophobic and Islamophobic political discourse ahead of the European Parliament elections in May.

"Unfortunately, we have seen an increase in racism, xenophobia, Islamophobia, and anti-semitism all over Europe ahead of the EP elections," he explained at a conference on "the contribution of immigrant entrepreneurs to Europe's growth" organized by the office of TUMSIAD, a Turkish businessmen's association, in Brussels on Wednesday.

"Europe has suffered a lot from racism. The people of Europe still remember how the waves of racism led to wars and disasters. We need to acknowledge that European values which unite us today were established to prevent such incidences from happening again," he said, adding that the EU and the Council of Europe were established with this goal in mind.

"I have got to say that an increase in the seats of racist parties in the European Parliament would threaten the future of the EU. Today racist parties not only use hate speech against immigrants and Muslims; but they also act and speak in a way aimed at destroying the EU and its values. This must stop immediately," he warned.