Voters to support Erdoğan if he runs for president 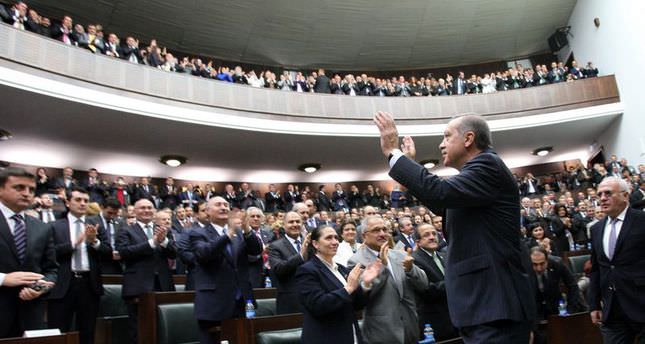 After the March 30 elections ended, Turkey began focusing on the upcoming presidential elections, with many asking whether Erdoğan will run as a candidate or remain prime minister

ISTANBUL — As Turkey enters into the next phase of elections following the March 30 local polls, citizens are faced with a new question:

Would Turkish Prime Minister Recep Tayyip Erdoğan decide to run as candidate for the presidential elections or choose to remain prime minister by changing the ruling Justice and Development Party's (AK Party) three term service rule in an official post. Now that the president will be elected by a popular vote, as opposed to a vote in the Parliament, political analysts are making predictions about who will be nominated by Turkish political parties to vie for the post. Until now, presidents were elected by parliamentary deputies. While the March 30 local elections and upcoming presidential elections offer an opportunity for the AK Party to strengthen its position before the 2015 parliamentary elections, public reaction to this political transformation in the country could prove more interesting than previous elections in Turkey's history.

In the March 30 local elections, which were seen by many as a vote of confidence for the ruling AK Party, nearly half of the voters in Turkey vote for the prime minister's party despite efforts by the Gülen Movement to discredit the government by having its members infiltrate key governmental bodies with the aim of tarnishing the ruling party's image.

As the polls indicate, AK Party voters are ready to support Erdoğan either way.

Accepted even by his opponents, Erdoğan's political charisma is an important factor that saw his party win every election that it participated in over the last 12 years. That begs the question of who will take over as prime minister should Erdoğan run for president.

Critics say that Erdoğan, who is synonymous to many with the AK Party, would need to leave a strong group of allies in the Parliament and cabinet behind him, if he opts to become a candidate for the presidency.

ORC also asked poll participants to evaluate parties' overall performances in the last local elections. The polls indicate that 97.5 percent of AK Party voters are satisfied with the AK Party's March 30 performance whereas 2.5 percent found its performance non-satisfactory. When asked about the CHP's local elections performance, 59.8 percent of CHP voters said that the CHP's performance was not satisfying while 40.2 percent found the CHP successful. The dissatisfaction with CHP voters can be linked with a slight increase in the CHP's voting rates in the local elections when considered its candidate transfers from other opposition parties such as the Nationalist Movement Party's (MHP) Ankara Beypazarı District Mayor Mansur Yavaş and huge electoral campaign across the country.

As a result of the CHP not meeting the expectations of its voters and CHP leader Kemal Kılıçdaroğlu's statements that the party could not receive the necessary support in elections, voters appear to be losing trust in the party, partly due to continuing internal conflict within the party, meaning unlike the AK Party, less attention is being paid to who might run for president.

Taking the recent local elections into account it appears that voters are seeking continued economic and political stability and continuity.

Therefore, it seems that if Erdoğan wants to run for president, he needs to change the generally accepted view that the prime minister is the actual authority who runs the country, while the CHP may need to be completely overhauled to gain the upper hand in the presidential elections and win back its own voters.
RELATED TOPICS