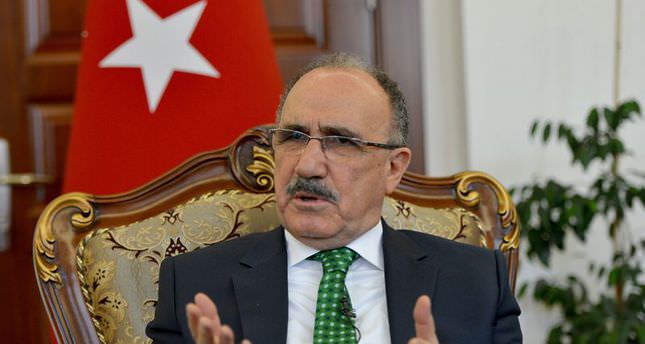 by Daily Sabah Apr 14, 2014 12:00 am
ISTANBUL — After Turkey stepped into a long election process with the March 30 local elections accepted as the reflection of national will in the ballot box, Turkey's citizens are getting prepared to continue to vote in the upcoming presidential elections in August and parliamentary elections due in 2015.

A significant turning point in Turkey's history, the upcoming presidential elections will be the first-ever direct elections Turkey's citizens participate in to elect their president. Deputy Prime Minister Beşir Atalay remarked on the AK Party's candidate for presidency as speculations gripped Turkey ahead of the elections.

Speaking on a televised program, Atalay said over the weekend, "The presidential elections are underway.

There are alternatives. In my opinion, the AK Party's candidate for the presidential elections will be [Prime Minister Recep Tayyip] Erdoğan with 99 percent. "The president will not be elected by the Turkish Parliament anymore and presidents will have a political background. This is healthier than presidents with no political background. The presidential palace was a formation against the national will, but with the upcoming elections, this image will be changed," said Atalay, vowing to remove the certain tutelages' control over the presidency.

Atalay further stated that current President Abdullah Gül's term witnessed how the presidency civilized in Turkey. He said, "The president is now elected according to the will of the nation. Someone from high judiciary or retired generals' presidency period is over."

On the speculations there is a dispute between Gül and Erdoğan over the presidential elections, Atalay said there is no crisis in the party and the AK Party will find the most suitable alternative through the consensus. "The presidency issue will be discussed according to the AK Party mechanism," Atalay said. "If Erdoğan wants to be a candidate for the presidency, a new government will be set up. President Gül's decision is important, whether he wants to be included in the new government. In the AK Party, every member has trust in each other. There will be no crisis in the party because nobody put himself before others."

Remarking on the citizens' effect on the presidential elections, Deputy Prime Minister Emrullah İşler yesterday spoke to the organization of Turks Abroad and Related Communities. He said Turks living abroad may vote to elect president.

İşler pointed out that Turkey citizens have voted at gates or airports in the past, but nearly 2,700 Turkish citizens who live abroad may vote in the presidential elections through the legal amendments passed in 2012 that mandate ballot boxes be available abroad for four days. The diaspora may vote at these locations.
Last Update: Apr 15, 2014 2:18 am
RELATED TOPICS