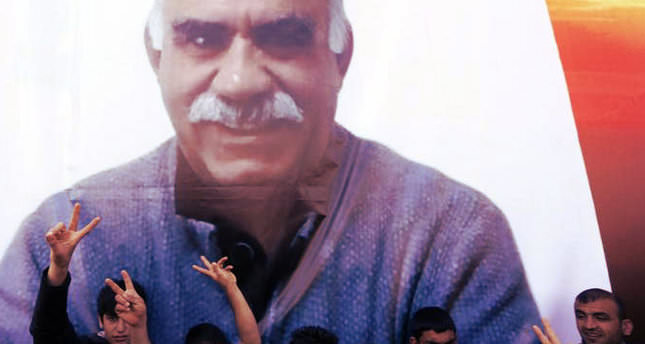 However the Nobel Foundation has denied Kwêstanî's claims saying that it does not provide any information on the nominees and the people filing the formal applications.

Iraq's KRG parliamentary member from the Gorran Party, Heval Kwêstanî, earlier informed that his application to nominate Öcalan for the peace prize has been accepted by Nobel committee.

According to Kwêstanî, Öcalan deserves the award for his contribution to the reconciliation process, which is aimed to end the Kurdish conflict in Turkey's southeast.

Kwêstanî compared and contrasted Öcalan to Mandela. He thinks that if the peace prize is given to Öcalan, it will promote the peace and democratization in the region.

For over three decades, Turkey experienced continued terrorist attacks by the outlawed militant organization Kurdish Workers' Party (PKK). Some 40,000 lives were lost, whle thousands were wounded and permanently disabled. To further illustrate the severity of the issue, it is reported that over $300 billion has been exhausted to fight terrorism since 1984.

Despite persistent opposition to halt the process over the course of 11 years, peace building efforts have been proven successful. Currently, the government is actively working with a committee of knowledgeable men and non-governmental organizations, while frequent meetings are being held at İmralı Prison where Öcalan is currently being held.

The PKK is recognized as a terrorist organization by U.S. and EU.