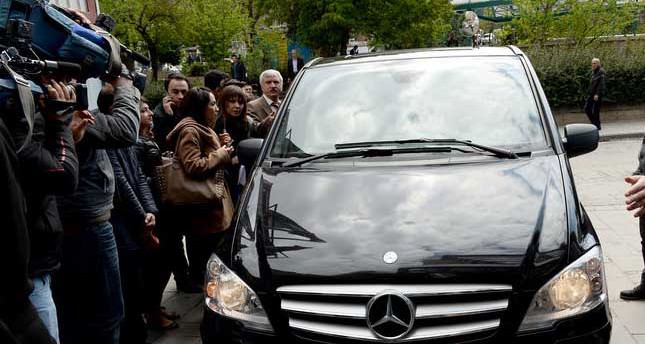 Responding to concerns raised by Turkey over its lack of legal accountability, senior executives from Twitter meet with Turkish telecommunications authorities in Ankara to resolve outstanding issues

ISTANBUL — Senior officials from U.S.-based Twitter yesterday arrived in Turkey to resolve the "Twitter crisis" after the popular social media website was closed for 13 days by the Turkish telecommunications authorities for disobeying decisions taken by Turkish courts, a closure that was challenged by a number of individuals at the Constitutional Court, eventually resulting in removal of the ban. Three issues were addressed in the first meeting held at the prime minister's office, including Twitter's reluctance to abide by court orders, the suspension of fake accounts causing damage to individual rights and privacy and its hesitance to open an office in the country and pay taxes.

Among the participants were Colin Crowell, the head of global public policy at Twitter and two Turkish officials.

Meeting with Turkish authorities for the first time, the arrival of Twitter's senior officials was interpreted as groundbreaking after Turkish authorities officially expressed their concerns about the protection of personal privacy, violation of personal rights along with the framework of national security and strengthened their position in forcing Twitter to directly address these issues. Turkish officials also reminded Twitter that it was unfair for the company to disregard Turkish laws in comparison to their policies in the U.S., France, Germany and other countries throughout the world and encouraged them to standardize their policies. The Turkish government also said it would support Twitter in terms of investment in the event they open an office in Turkey and reassured them blockage of access to the website would not be an issue in that case. Officials also said the imprisonment penalties have been changed to monetary fines with the latest reforms in accordance with the Internet law.

The micro blogging site mostly agreed with the terms set by Turkey. Turkish officials expressed their concern about not finding representatives in Turkey at times of dispute, while Twitter officials claimed the main reason for these issues was based on a lack of communication. Accordingly, Twitter proposed the establishment of a joint communications mechanism to address the issue, which was supported by Turkish officials who noted the mechanism would be established between Twitter and telecommunications authorities.

The idea that Twitter became a playground for people to commit crimes online was brought to Twitter's attention by Turkish officials, who requested immediate action against profiles that promote hatred and crimes. In response to this, Twitter noted it respects freedom of expression but at the same time is sensitive to cybercrimes. The company said it would recognize all rulings by Turkish courts and take necessary precautions to avoid the spread of crimes through the website in the future. Additionally, the issue of IP numbers where crimes were committed was also resolved as both sides agreed to take effective action through the mechanism which will be established between Twitter and telecommunications authorities.

While Turkish officials emphasized the urgent need for Twitter to open an office in Turkey as the most effective way to create flow of communication between the two sides, Twitter officials said an office was not necessary if a stable mechanism for communication was established between the two sides. In response to this, Turkish officials underlined the significance of establishing such an office for instantly conveying their requests whereas Twitter stated it will try to address Turkey's concerns regardless of having an office in Turkey or not. The meeting at the prime minister's office was followed by a meeting held between Tayfun Acarer, the president of Information and Communication Technologies Authority (BTK); Ahmet Cemaleddin Çelik, the president of Telecommunications Authority (TİB) and Twitter officials. Both sides discussed how the communications mechanism would be prepared and put into action. Twitter will now work with a team of legal experts to address issues in Turkey in an effort to take immediate actions to abide by court rulings whereas before they only had a single lawyer in the country. In a statement made prior to the meeting, Acarer expressed the main goal is to provide concrete solutions for issues created through the use of Twitter which has resulted in the victimization of hundreds of people.

Prime Minister Recep Tayyip Erdoğan previously stated websites such as Facebook and Twitter are multinational profitmaking companies and accused Twitter of being a "tax dodger" as it avoided paying taxes in Turkey even though it makes significant sums of profit from advertisements. Although the Twitter ban was criticized by a number of people, supporters argue that the ban met its goal and brought Twitter in line with Turkish laws and set a positive precedent for other countries to follow and encourage Twitter to obey local laws. Another significant reason why the company was criticized was mostly due to its cooperation with the Gülen Movement following the Dec. 17 operation.