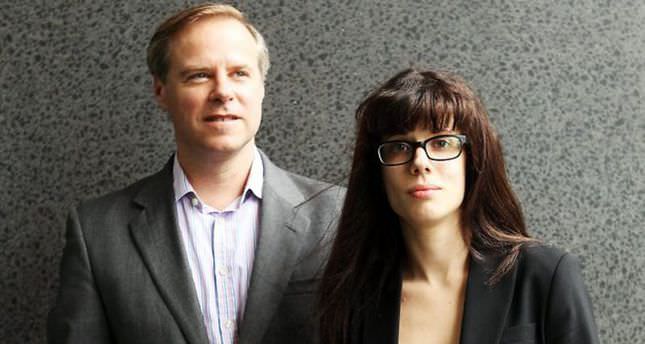 by daily sabah
Apr 16, 2014 12:00 am
ISTANBUL — Twitter will close some accounts in Turkey but for now it will not be setting up an office in the country as requested by the government, a senior Turkish official said late Monday after talks about a dispute which saw the government ban the micro blogging site for two weeks. As a result of the meeting, certain Twitter accounts which Turkey complained about will be closed and a more formal mechanism will be established under which Twitter will consider Turkish court rulings on other accounts, the official at the prime minister's office said. But there was no immediate deal to open a Twitter office in Turkey or for the company to pay Turkish tax, two of Ankara's key requests in the first direct talks since the ban. "The two sides understood each other fully after the presentations, and a decision was made to establish a system for cooperation in the future," the official said.

"Some accounts will be closed. At this stage Twitter will not immediately establish a company but the necessary communication will be established via lawyers in Istanbul."

There was no immediate comment from Twitter. The Twitter delegation led by its head of global public policy, Colin Crowell, held talks on Monday with officials from the prime minister's office, the communications ministry and telecommunications authority. The Turkish official said Twitter had implemented three important court rulings and said it would enact several other decisions within a week, while it considered the other issues. "Twitter is not categorically against opening an office in Turkey and expressed this clearly. It will now conduct work and it will be determined whether Twitter will pay taxes by the time it forms a company. Twitter said that if it needs to pay tax it will fulfil this responsibility," he said.

Finance Minister Mehmet Şimsek told a news conference on Tuesday that all social media companies operating in Turkey must open representative offices in the country. The government estimates that Twitter generates $35 million a year in advertising revenue in Turkey, none of which is taxed locally.

According to the information obtained by Sabah newspaper's correspondent Ahmet Topal, the visit had a positive atmosphere and Twitter decided to establish a desk covering the Middle East and North Africa (MENA). Turkish officials will be able to access the desk's officials in the event of any problems. Twitter officials, including the head of global public policy Colin Crowell, said that a mutual communication center will be established as well. Sinead Mc-Sweeney, Twitter's director of public policy for Europe, will be Turkey's addressee. After the Twitter envoys returns to the U.S., they will hold a meeting and discuss the Turkish courts' orders. Suspending some of the accounts in question will be on the table as well. The officials stated they will come to Turkey a second time to discuss opening an office and paying taxes. The envoys held another meeting with President Abdullah Gül's aides