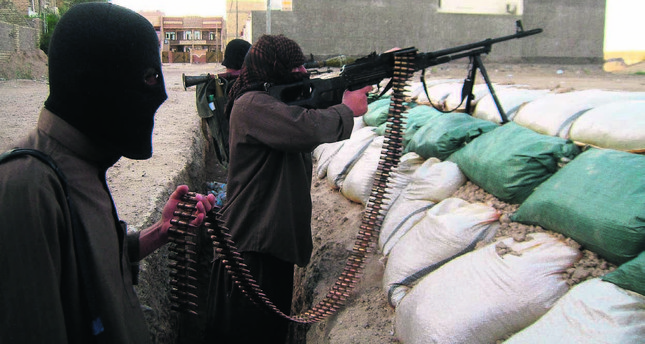 After ISIL spilled from Iraq to Syria, the people living in the provinces captured by ISIL experience autocracy with the division among opposition groups increasing

EXETER — In the first part of this report we exposed the origins of the Islamic State of Iraq and the Levant (ISIL), how it became prominent in Iraq as an affiliate organization of al-Qaeda and its subsequent near-death experience at the hands of moderate Sunni Arab tribes, largely the same tribes that are today fighting for their human rights against the forces of the sectarian Shiite Iraqi Prime Minister Nouri al-Maliki. These tribes were tired of being branded as heretics and being killed by this extremist group, so they took matters into their own hands to protect themselves.

However, the continued persecution of the Sunnis of Iraq by Iran-backed Shiite political groups and militias essentially ensured the continued survival of these terrorists.

How they adapted to their new state of survival and eventually re-established themselves will be revealed in this report.

After being forced to withdraw from Sunni cities across Iraq by Sunni Arab fighters, the group then known as the Islamic State of Iraq (ISI) became much more low profile. Their "emirate" was dismantled, and the Sunni governorates of Iraq entered a new phase of trying to politically deal with the increasingly authoritarian and heavy-handed Shiite government in Baghdad. While the attacks continued, they were greatly reduced in number, and the world assumed that ISI had been defeated for good. This complacency allowed ISI to lick its wounds and search for greener pastures from which it could revitalize.

Enter the Syrian revolution against the Ba'athist dictatorship of Bashar Assad in 2011. After seeing another al-Qaeda affiliate, the al-Nusra Front, achieve much success and become renown in Syria, ISI began to infiltrate back across the Iraqi-Syrian border that was ironically eased for them by the same Assad regime that they now wished to fight. It is at this stage that things become a lot more nuanced, murky and dark.

As previously revealed, Iran had a direct hand in facilitating al-Qaeda operations in Iraq for the political and strategic purposes of maintaining chaos in the country in order to improve Iran's control over the Shiite Iraqi population. This was exposed in a WikiLeaks report that showed how Iran had been supplying them with new kinds of explosives and vests for suicide bombing missions.

However, what remains unclear is how Iran achieved this because, after all, Iran is a Shiite state that adheres to a very radical strand of Shiism that does not tolerate Sunni Muslims to the extent that not a single Sunni mosque can be found in Tehran. That being said, the Iranians are also pragmatic, and they can better achieve their goal of controlling their ideological polar opposites in Sunni lands by encouraging radicalization amongst the Sunnis.

In this way, Iran can position itself as an entity that is easier for the international community to deal with rather than al-Qaeda type terrorists. Thus, it makes perfect sense for Iran to use their intelligence services to supply radical Sunnis with enough weapons and resources to cause chaos and divisions, but not enough to win outright and begin to pose a threat to them. ISI, as an extreme Sunni Salafi group, would have difficulty in accepting resources directly from Iran so it is possible that they are not even aware that the agents sent to supply them are working for Iran, as Iran has access to numerous Shiite Arabs who could easily pose as Salafi.

With the early and coordinated successes of the Free Syrian Army (FSA) and the al-Nusra Front, it became important for the Assad regime and their strategic masters in Tehran to adapt or else lose Syria completely.

Tehran committed its Lebanese Shiite proxy Hezbullah into the conflict alongside other Shiite terrorist groups from Iraq like Asa'ib ahl ul-Haq, but this was not enough to stem the operations of the rebel groups. It may have even startled Assad and the Iranian government when they began to fight battles against ISI but, ever adaptable and pragmatic, it seems that they have successfully manipulated ISI's presence in Syria to their advantage. Abu Bakr al-Baghdadi, the latest leader of ISI, announced in April 2013 that the group had now merged with the al-Nusra Front, and this announcement heralded the creation of ISIL as an expanded and revitalized group that managed to capitalize on the large influx of foreign fighters coming to Syria just as they did when they were known as al-Qaeda in Iraq under the leadership of the now deceased Abu Musab al-Zarqawi.

Their aim appeared to establish a zone of influence and control in Sunni-majority areas across the Syrian and Iraqi border. Their increased strength has also allowed them to flow back across to Iraq and delegitimize the Sunni Arabs who are currently fighting for their freedom against the sectarian Maliki government.

The twist in the story is that the leader of the al-Nusra Front, Abu Muhammed al-Jawlani, rejected this merger, and due to the necessity for al-Qaeda to operate in a decentralized fashion, it was usually left up to the local commanders to decide on the structure and operational needs of their units. This led to conflict between the two groups, particularly as the al-Qaeda leader, Ayman al-Zawahiri, was pleased with the al-Nusra Front's ability to garner the respect of the other rebel groups due to their efficient operations and their violence being focused only on Assad and groups loyal to him. On the other hand, ISIL were straying from their operational zone in Iraq and doing much the same as they were doing before but now in Syria. This has alienated the Syrian population who are under the control of ISIL, with severe punishments being handed out for seemingly minor trespasses and other extremist activity resulting in the deaths of innocents. As a result and after repeated warnings to fall in line, Zawahiri has essentially excommunicated ISIL from the al-Qaeda faithful and appointed the al-Nusra Front as their sole representative in Syria. ISIL, however, appears to be undeterred and is playing directly into the hands of those who would like to see Syria continue to bleed and for the Assad regime to remain in power by fighting the other rebel groups who it has now, unsurprisingly, declared as traitors and even heretics. This apparent rebel "in-fighting" has created a war within a war, and the result is that now Assad's forces have managed to regain their momentum and have retaken many towns and cities previously lost to them, most recently Maaloula. If ISIL is not contained or defeated soon, perhaps by a joint effort of other fighters in Syria and Iraq, it risks derailing the Syrian revolution entirely and ensuring the survival of Assad whom it claims to want to overthrow.
Last Update: Apr 17, 2014 11:36 am
RELATED TOPICS