The end of Gaza siege with Turkey's help 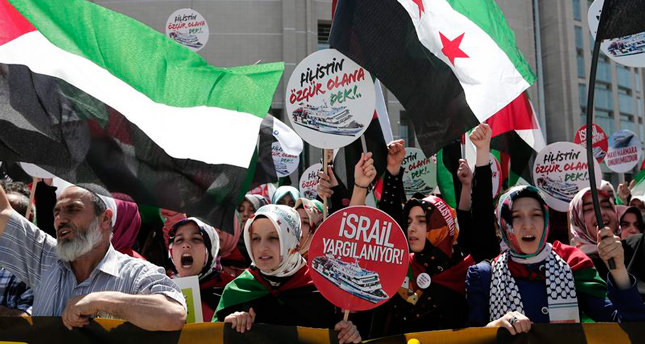 "I haven't forgotten about Turkey, which keeps fighting diplomatically and politically to help lift the siege on the Gaza Strip," Haniyeh told a press conference.

Turkey downgraded relations with Israel in 2011 and expelled the Israeli ambassador after the self-proclaimed Jewish state refused to apologize for killing nine Turkish activists aboard a Gaza-bound aid flotilla in 2010.

The Turkish government sponsors a number of charity and development projects in the Gaza Strip.

Speaking at an inauguration ceremony for a handful of Qatar-funded projects, Haniyeh called on Egypt to fully reopen the Rafah border crossing.

Haniyeh's appeal came after Egypt allowed the entry of building materials for the projects into the strip.

Gaza's population of almost two million continues to face harsh economic conditions and a dire humanitarian situation as a result of an Israeli blockade first imposed on the strip in 2007.

Gazans complain that frequent border closures by Egypt, in conjunction with Israel's seven-year-old embargo on the coastal enclave, have contributed to the strip's deteriorating economic circumstances.

Egypt has tightened its grip on its border with Gaza since last July, when the army ousted Mohamed Morsi – the country's first freely elected president – on the back of demonstrations against his presidency.

Egyptian authorities accuse Hamas, which has governed the strip since 2007, of interfering in Egypt's domestic affairs and carrying out attacks inside the country – charges Hamas emphatically denies.