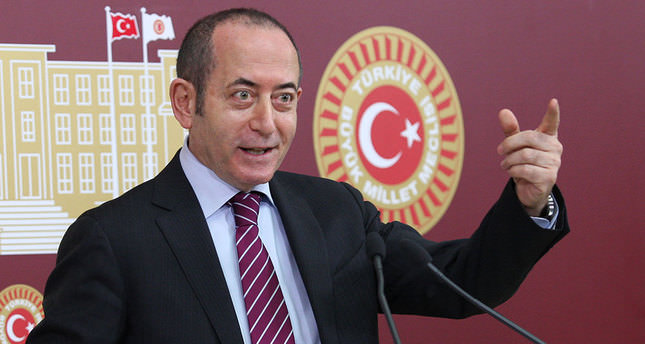 by AA
Apr 17, 2014 12:00 am
ANKARA — Turkey's main opposition party has applied to the Constitutional Court to repeal amendments to an Internet law which would allow the telecommunications authority to block access to websites without prior court approval.

The People's Republican Party's deputy, Akif Hamzacebi, who handed in the application, said Turkey had "lost its altitude'' with the new law which seeks to regulate the banning of Internet services.

The amendments stipulate that any decision to block a website must be sent to the relevant court within 24 hours and a ruling issued within 48 hours.

If the court annuls the decision, any block must be lifted.

Hamzacebi said: ''While carrying out the process of accession into the EU, this legal amendment has positioned Turkey among third world countries.

''Twitter and YouTube bans are unworthy of Turkey, which wants to raise the bar for more democracy.''
However, Turkey's President Abdullah Gül has said social platforms could not be banned, but criminal acts "must be".

Gül said the country's new Internet law did not seek to bar social media platforms such as Facebook and YouTube, but aimed to ensure that online activities involving crimes or damage to private lives could be blocked by the courts.

Access to the site was restored on April 3 after Turkey's Constitutional Court ruled the ban violated the freedom of expression.

Access to YouTube was barred on March 27 after legally questionable content was published on the site, including the leaked recordings of a security meeting of high-ranking officials.

The events led to senior officials from Twitter's management meeting representatives from Turkey's information technologies authority in Ankara to discuss the possibility of opening an office in Turkey.

Turkey has blamed a "parallel state" within the country for the recent flurry of online wiretap leaks.

The "parallel state" controversy erupted in Turkey after the government accused a ring led by the controversial U.S.-based Turkish preacher, Fethullah Gülen, of forming a parallel structure within the state and of plotting to topple the government.