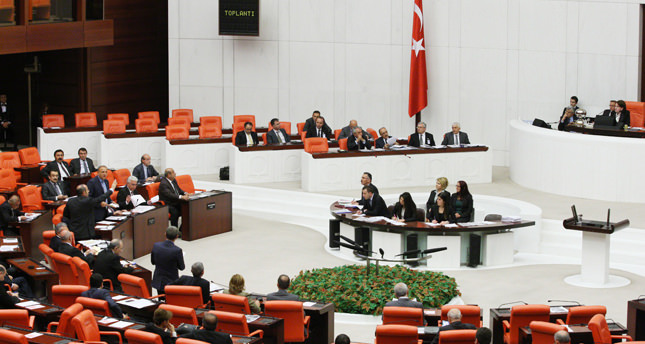 ANKARA — The General Assembly approved a bill that restructures Turkey's National Intelligence Organization (MIT). The bill seeks to equip the MIT with the legal mandate to conduct undercover missions outside Turkey's borders and allow the intelligence community to request consumer data and technical equipment from private companies as well as state institutions. The legislation, moreover, declares the publication of leaked classified documents punishable by up to nine years in prison while stipulating highlevel appeals courts would have the authority to put the agency director on trial with executive permission. The draft bill was approved by the parliamentary commission in February but postponed until this week due to the Parliament's election recess. Some articles changed in the final version of the bill.

According to these changes, the intelligence organization is empowered to establish direct contact with any group, including terrorist organizations, which pose a threat to national security. Moreover, the bill also enables the MIT to monitor telecommunication lines and collect data relating to "terrorism, international crimes, and foreign intelligence." 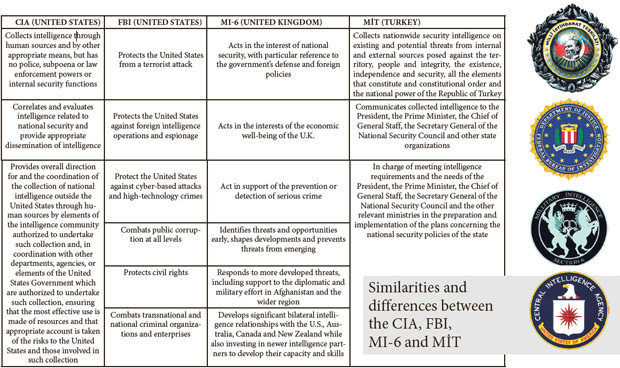 The ruling AK Party, whose deputies sponsored the intelligence bill, maintains that proposed changes to the law will improve the MIT's capability to compete with foreign intelligence agencies by expanding its mandate and adding to the list of methods and sources available to the intelligence community. However, opposition parties remain critical of the bill, asserting that certain amendments to the existing legislation may pave the way for violations of citizens' privacy and impede press freedoms by stopping the publication of intelligence documents.

Critics also claim that the agency may abuse its extended powers, effectively transforming Turkey into an intelligence state. Proponents, however, argue that similar laws regulate national intelligence activities in a number of countries including the U.S., U.K. and various other European nations.

However, no financial institution employee or manager is allowed to disclose data requests by the FBI. The Turkish legislation allows the agency to introduce a jail term of up to nine years for the publication of MIT's classified documents. Similarly, according to U.S. laws including the Intelligence Identities Protection Act and the Protection of Certain National Security Information Act, those who leak classified information related to undercover intelligence officers, agents or informants may face up to 10 years imprisonment. These restrictions and criminal sanctions were discussed in the U.S. Congress within the scope of press freedom.

However, Congress concluded that the disclosure of confidential information has no relevance to the protection of personal freedom and does not violate the freedom of press. Furthermore, there are similar regulations in European countries as well. For instance, in France, the disclosure of information regarding activities of secret service agents could result in a five year sentence and a fine of 75,000 euros (TL 218,500), as per the Department of Internal Security Act adopted in 2011. Similarly in the U.K., the disclosure of security and intelligence data may face up to two years in prison in accordance with the Official Secrets Act adopted in 1989.