Rogue ISIL growing threat to Turkey and the region 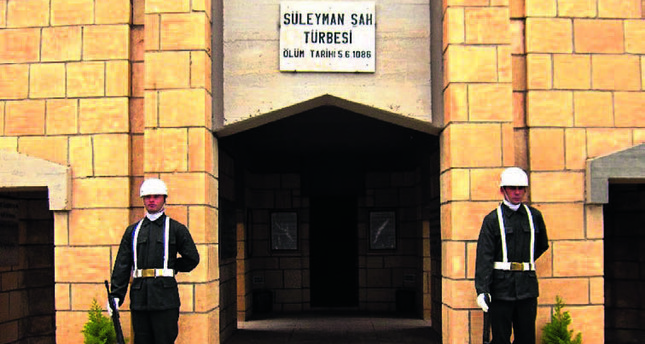 by Yusuf Selman İnanç
Apr 18, 2014 12:00 am
ISTANBUL — After the Islamic State of Iraq and Levant (ISIL) became involved in Syria's civil war, not only the West but also other opposition groups have been disappointed as ISIL started undermining the legitimacy of the war against the Syrian President Bashar Assad's regime. ISIL introduced itself to the world with atrocities, brutality and an extremist interpretation of Islamic jurisprudence. The group has been effective in Syria's eastern regions which have oil reserves and lie near the Iraqi border.

ISIL was once part of al-Qaeda, yet was disowned by the organization due to its aggressive stance against the other opposition groups, including al-Qaeda's official Syria branch, Jabhat al-Nusra.

ISIL has also adopted an aggressive stance toward Kurds living in the region.

Geographically, the areas seized by ISIL were near cities which are either controlled by Kurdish militias or other opposition factions but not by the regime forces.

Turkey also has concerns about the group, which has committed atrocities against anyone they define as an enemy, particularly as it holds regions very close to the Turkish border.

ISIL threatened Turkey last month and asked them to evacuate its troops from the Suleiman Shah tomb area, a Turkish enclave in Syria. Turkey has stationed about 25 soldiers at the site to protect the tomb, which houses the remains of the predecessors of Osman Bey, the Ottoman Empire's founder.

Turkey responded to ISIL's threats by making known that Ankara will take action against ISIL should they attempt to move in on the area but those threats also saw officials in the government take a keener interest in ISIL.

One of Daily Sabah's sources in Syria, who did not want to publish his name, highlighted that ISIL is not fighting against the Assad regime but only against the other opposition groups, while also harming civilians caught in the middle. The same source also claimed that there is a hidden or tacit agreement between ISIL, the Assad regime and Iran, as the regime and its supporters benefit from ISIL's commitments.

As one example, earlier this year, ISIL left Raqqa, a town in northern Syria. But when the town was previously under the control of ISIL, it was never subject to government bombing campaigns, such as are regularly witnessed in the city of Aleppo.

A visiting fellow at the Brookings Institute in Doha, Charles Lister wrote that ISIL has become one of the major powers in Syria and will not leave the region despite al-Qaeda and other opposition groups calling on them to remain exclusively in Iraq. Turkey as a result is preparing to initiate a new plan against ISIL to protect its borders and prevent the organization from operating in Turkey after their members killed two soldiers and one civilian in Turkey's Niğde last month.

Another Daily Sabah source who delivers humanitarian aid to Syrians in the north of the country said, "ISIL members do not consider Turks as Muslims according to their understanding of Islam. They think that a NATO ally, secular and a democratic country cannot be Muslim. As a result, they do not avoid killing Turks." One of the Free Syrian Army members, to whom Daily Sabah spoke, said that "ISIL uses the term 'takfir' to declare others as non-Muslim and it attempts to weaken us in any area that we control."

One of Free Syrian Army top officials Fedaa Majnoun said, "We do not welcome ISIL in these lands. After toppling Assad, we will not allow ISIL to seize any area in Syria. They are not our people. There are claims that they work for our enemies."

Regional actors, including Turkey and the U.S., are seeking to increase cooperation in the fight against ISIL, according to Daily Sabah sources. A source in the Turkish Foreign Ministry who spoke on condition of anonymity told Daily Sabah that Turkey and the U.S. are planning operations against ISIL, which has become one of the biggest threats in Syria to both the legitimate Syrian opposition and Turkey.
Sources in the region say Syrian oil reserves are largely controlled by ISIL and sold illegally but it remains unclear where the group's funding comes from and how it became so effective in the region.