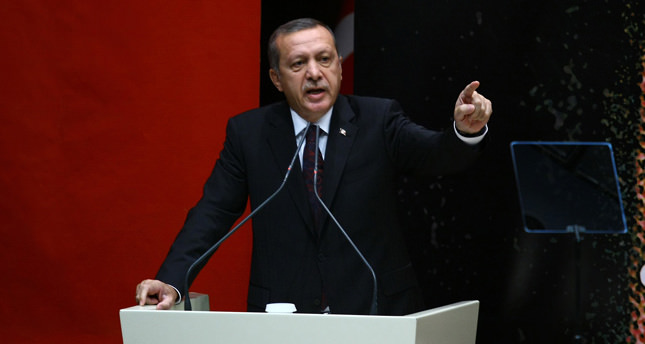 by AA
Apr 19, 2014 12:00 am
ANKARA — Prime Minister Recep Tayyip Erdoğan has made an individual appeal to Turkey's Constitutional Court for 'breaches of right to privacy and freedom of communication due to illegal wiretapping.'

In a letter of application on Friday, Erdoğan asked the Court to ensure that recent court rulings which order the removal of some web content are implemented.

The rulings had demanded that websites - popular micro-blogging site Twitter among others - take down content that causes human rights violations, including against Erdoğan and his family.

The Turkish government banned Twitter last month for two weeks, which was followed by an ongoing ban on video-sharing site YouTube.

In the letter, Erdoğan also claimed 50,000 Turkish liras in damages due to a "loss of trust" in judicial rulings.

Turkey's telecoms authority TIB introduced an "administrative" block on YouTube late March, after a leaked recording of a security meeting of high-ranking officials appeared on the site.