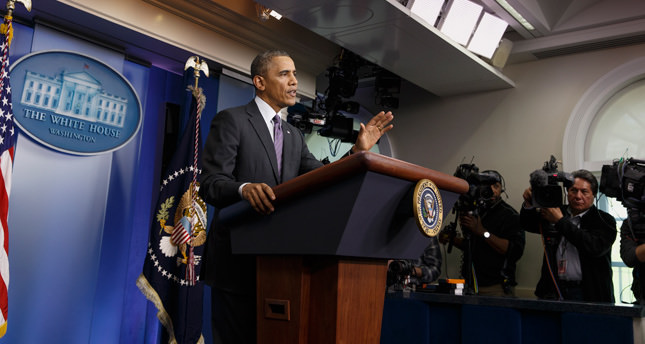 by reuters
Apr 19, 2014 12:00 am
WASHINGTON D.C. — President Barack Obama signed a law on Friday that effectively bars an Iranian diplomat from serving as an envoy at the United Nations because of suspicions he was involved in the 1979-81 Tehran hostage crisis.

Obama signed a law passed by the U.S. Congress that blocks any individual from entering the United States who has been found to have been engaged in espionage or terrorist activity against the United States or if that person may pose a threat to U.S. national security.

The United States had already said it would not grant a visa to Iran's proposed U.N. ambassador, citing the envoy's links to the 1979-1981 hostage crisis. Obama had come under strong pressure not to allow Hamid Abutalebi into the country to take up his position in New York.

The U.S. government objects to Abutalebi because of his suspected participation in a Muslim student group that seized the U.S. embassy in Tehran in November 1979 and held 52 Americans hostage for 444 days.

The veteran Iranian diplomat has acknowledged that he acted as an interpreter for the militants who held the hostages.

The United States said a week ago it had told Iran it would not give Abutalebi a visa. U.S. officials privately said at the time they hoped Iran would quietly drop the issue and name a new envoy.

But Iran on Monday asked for a special meeting of a U.N. committee on the U.S. decision, calling it a dangerous precedent that could harm international diplomacy.